For those not familiar with him, Gad Saad is a Jewish Lebanese-Canadian evolutionary psychologist and professor, who is also a vocal critic of so-called social justice warriors. He regularly takes to task the forces he deems the most dangerous to critical thinking: “postmodernism, radical feminism, and social constructivism.”

Gad recently tweeted the following against the virtue signaling privileged: 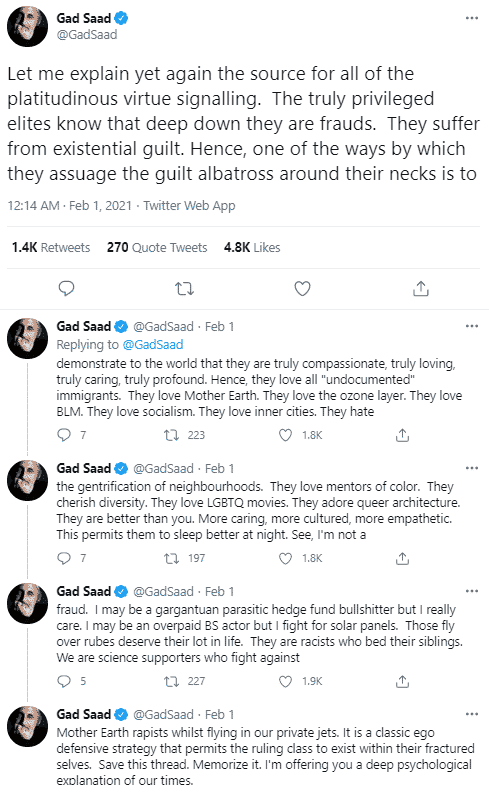 He also recently uploaded this video ripping the “narcissism and grandiosity” of celebrities who “seek to save the world,” which basically says the same thing.

I think this is an interesting theory, although I am more of the belief that because they develop such large egos from the adulation they receive, they then feel the need to feed their egos. Virtue signaling is usually their go-to, since it tends to really please the masses and costs them nothing, earning these celebrities more adulation.

Be that as it may, a Twitter user tagged Hollywood numbskull Seth Rogen in on the thread, to which Gad added a link to the video. 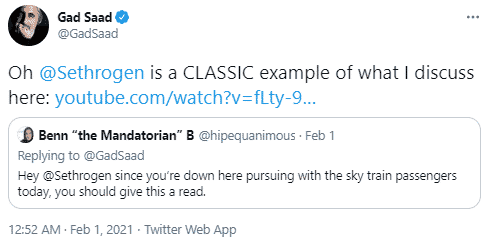 Perhaps in accordance with my “large ego” theory, Rogen could not let it slide.

I believe this might be the first time I have eaten popcorn while watching something Rogen was in.