Piers Corbyn: I Can’t Be Antisemitic Because My Ex-Wife Was Jewish

In what I am sure will come as a huge shock(!) to all of you, Piers Corbyn, aka the elder rotten apple of the Corbyn tree, has been accused of antisemitism. But it’s his “proof” he is not a Jew hater that’s a real humdinger. 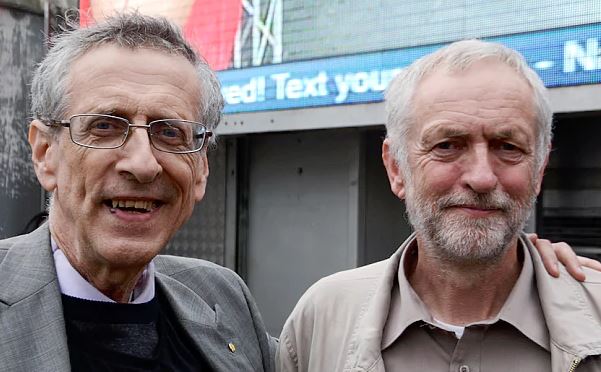 Piers Corbyn denied accusations of antisemitism citing his marriage to a “Jewess” after his arrest on Wednesday in connection with a leaflet comparing the UK’s vaccination strategy to Auschwitz.

The Metropolitan Police confirmed officers had arrested a 73-year-old man in Southwark yesterday on suspicion of malicious communications and public nuisance.

He also denied accusations of antisemitism citing his marriage to a “Jewess.”

“The idea we’re antisemitic in any way is completely absurd.

“I was married for 22 years to a Jewess and obviously her mother’s forebears fled the Baltic states just before the war because of Hitler or the Nazis in general.

Old and busted: Some of my best friends are Jewish.

New hotness: Some of my best ex-wives are Jewish.

I can find no record of who this Jewish ex-wife was, but given he has long held very extreme politics – he has been described as a “radical student union president in London and sometime revolutionary socialist,”  as well as having been affiliated to the International Marxist Group “after a brief flirtation with the quasi-Trotsky anarchist group, The Big Flame, for the 11 days it existed” – one can assume her true religion would have been similar causes. And even if she was Jewish, we are speaking of his ex-wife. Maybe he really hates her guts (and her Judaism to boot).

Besides, Roger Waters claims his daughter-in-law and grandkids are Jewish. That does nothing to override his actions and statements against the Jewish people.

And let’s not forget that this is not Pier’s first time being busted for antisemitism.

But he did not stop with the ex-wife gambit. He also invoked the “some of my best ex-employees are Jewish.”

“I’ve worked with Jewish leading world scientists over the last 30 years,” he said. “I’ve also employed Jewish people in my business Weather Action, one of whom was a superb worker.”

Only one of them?

But truth be told, this is not Corbyn’s first time with these defenses to antisemitism. In fact, it has been his stock standard response to allegations of antisemitism for at least a few years now.