Late last year, Esther Horgen, a mother of six, went for a hike in the Reihan forest. Palestinian arab terrorist Muhammad Mruh Kabha laid in wait and brutally murdered her.

The vicious crime shocked Israel and left her husband, 6 children and grandchildren bereaved and mourning for the loss of their mother and wife. Her family has since embarked on a journey to keep Esther’s memory alive.

A vibrant and talented woman, Esther Horgen left a tremendous legacy through her family, her words and her artwork. These all came together in The Israel Bible Scroll of Esther, featuring Esther’s beautiful illustrations and uplifting poetry, alongside the text of the Megillah in Hebrew and English, and a new commentary from Rabbi Tuly Weisz. 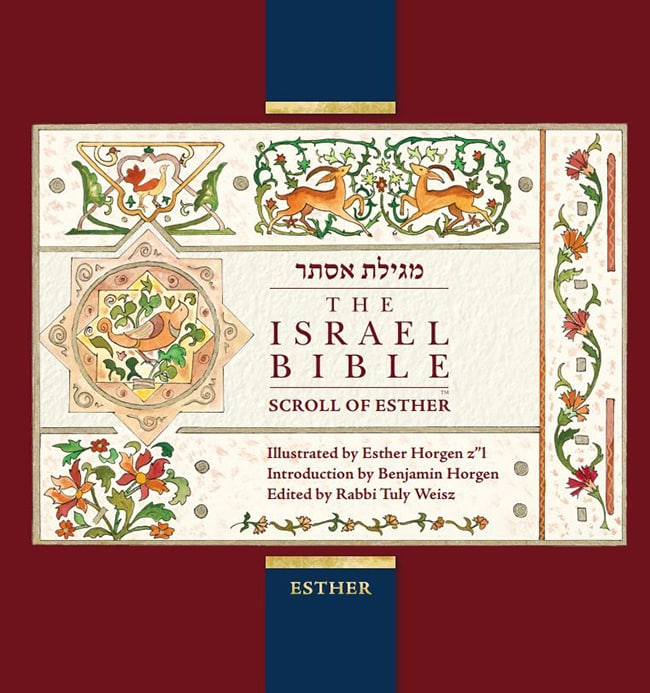 The Israel Bible Scroll of Esther can be purchased here. Proceeds from the sale of this volume will go to developing the Esther Horgen Memorial Forest and Park in Tal Menashe, the site of her murder, so that it will remain a place of peace, not a forest of fear.