IfNotNow co-founder Yonah Lieberman has gone on a Twitter rant, after dropping in on a Clubhouse chat created by some Zionist Jews. 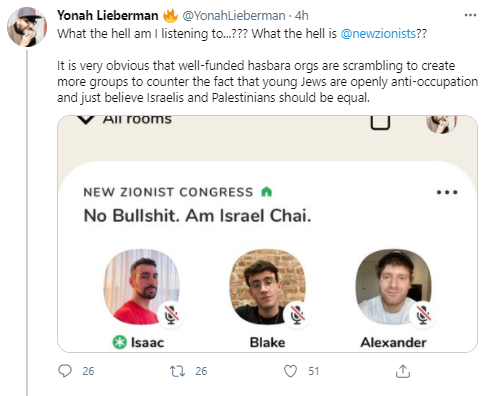 Just for some context: Anyone who is on Clubhouse can create a discussion room. In this case, it was a couple of college kids.

No funding required or present.

But Lieberman did not stop there. He clearly got his panties in a twist. 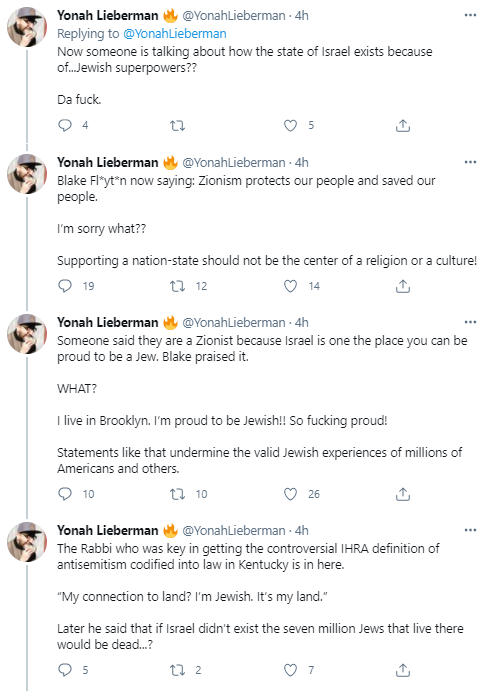 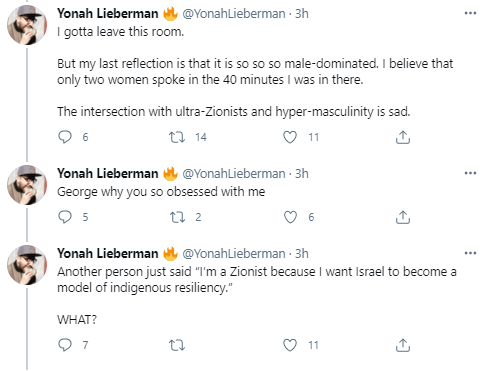 But my last reflection is that it is so so so male-dominated. I believe that only two women spoke in the 40 minutes I was in there. The intersection with ultra-Zionists and hyper-masculinity is sad.

Besides the transparent attempt to be woke, Lieberman flat-out lied.

There are 8 women on stage alone. Why you feel the need to lie is probably because, as usual, you have nothing. https://t.co/2t5TAxtdyF

It is clear from this that Lieberman cannot handle that there are some proud young Jews not taken in by his organization’s lies, terror support, and – yes – antisemitism.