The Institute of Arab American Affairs (IAAA), founded in 1944 in New York City, grew branches in Detroit, Washington, DC, Chicago, Boston, San Francisco, and Los Angeles and was best known for its anti-Zionist propaganda, including a bulletin distributed among Congressmen, journalists, clergymen, and various political organizations. According to Eliahu Elath, The Bulletin of Arab American Affairs published articles “aimed at underlining the importance to the US of Arab friendship.” 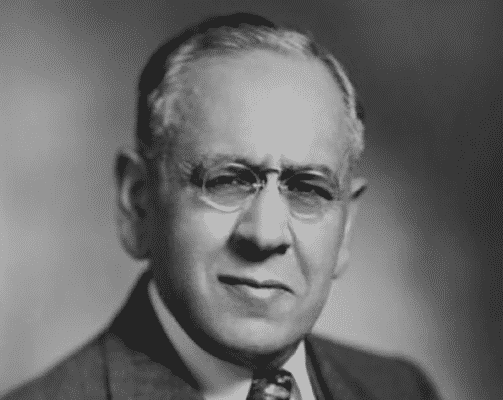 In November of 1946, the JTA reported that Totah was booed and hissed during a Foreign Policy Association luncheon at the Waldorf Astoria when he stated Zionism brought only bloodshed to Palestine.

Totah appeared at an “interdenominational” discussion panel in October 24th, 1947, in order to increase negative sentiments towards the idea of a Jewish state.

Months prior, he had created waves when he appeared on “America’s Town Meeting of the Air,” one of the first radio talk shows that ran from 1935-1956. It drew more than 3 million listeners weekly.

“The Mufti is a patriot, is a gentleman, and he was just as patriotic and had a right to his opinions as Jefferson and Franklin had to theirs when they were fighting for American Liberty,” Totah opined on the August 15, 1947 episode of the show. 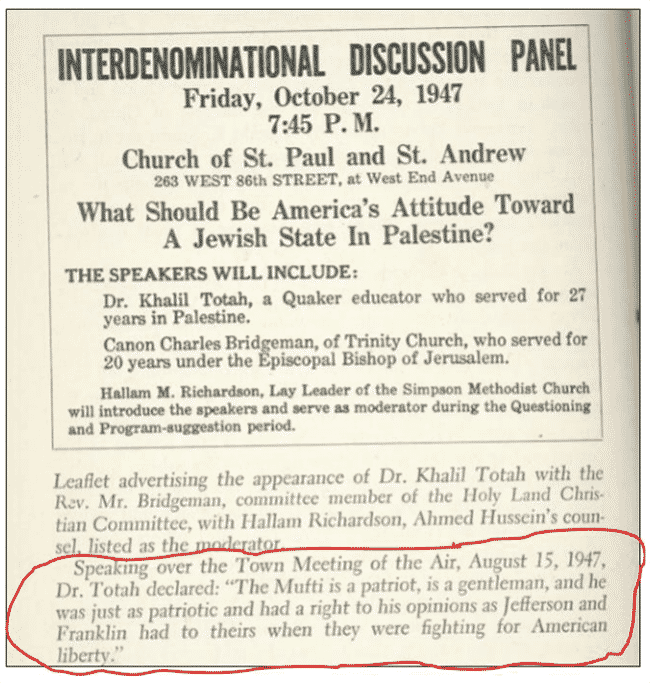 Amin al-Husseini, this “patriot” and “gentleman,” is well known for his alliance with Hitler during the war years. Less known are his role as a propagandist and his continuing alliance with the Muslim Brotherhood in the post-war years.

The Muslim Brotherhood has been designated a terrorist organization by Egypt, Saudi Arabia, UAE, and Russian. In 2019, President Trump called for the USA to follow suit.