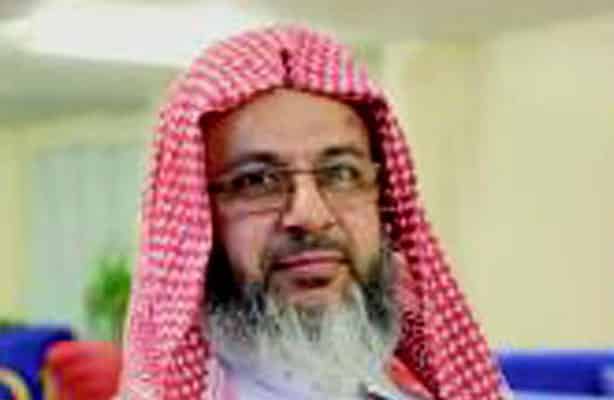 The Mail on Sunday reveals that Mufti Mohammed Amin Pandor, a ringleader of the ongoing protests outside Batley Grammar School, has shared fake news aimed at smearing the UK Chief Rabbi of endorsing sex slavery. The controversial Imam has been seen with the protesters outside the Yorkshire school where a teacher has been suspended for showing Charlie Hebdo cartoons of Prophet Mohammad.

Mufti Pandor’s tweet (“British Rabbi: War is Coming. Zionists Can Take Christian and Muslim Women as Sex Slaves”) was posted in 2017 and it was linked to an Iranian propaganda website set up to disseminate lies and spread fake news. In this instance, the target was the UK Chief Rabbi, Ephraim Mirvis.

The Yorkshire based Imam has also made insulting slurs against Ahmadis and has been engaged in spreading anti-vaccine misinformation about Covid-19.  Mufti Pandor belongs to the extremist Deobandi sect of Islam and has signed letters opposing same-sex marriage. In a BBC Radio show in 2016, he made disparaging remarks about Strictly Come Dancing claiming they went against his religious values. He is listed as a volunteer Consulate General of India in Birmingham and is affiliated with two children’s playgroups, Blenheim and Al-Noor.

Ironically, Mufti Pandor claims to be an interfaith activist and heads a charity called Peace Institute. He also serves as a Chaplain at Huddersfield University:

Salaams and hi. I am Mufti Mohammed Amin PAndor. I completed my Islamic studies at the prestigious seminary (JKN) in Bradford. I am a Director at The Peace Institute, an organisation that strives to show the peaceful nature of Islam.

I am also a chartered engineering and a former Civil Servant. I have experience in multinational organisations in the field of aerospace, petrochemical, healthcare, construction and manufacturing in Europe and the Middle East in various technical roles such as design, assurance, mergers and acquisitions. I worked in Saudia Arabia for over ten years and I am fluent in Arabic, Urdu, Gujarati and now learning Persian (Farsi). I try to be in the University as often as I can, so don’t be shy, come and talk about anything. In fact, I challenge you to ask me anything that you dare not ask anyone else for fear of offending them. I am always available via phone and email.

The absurdity here is that the propaganda website hails from Iran, a country whose regime supports temporary marriages and where Mullah sanctioned sexual slavery is rife: Sex-Slave Trade Highly Profitable:

…The head of Iran’s Interpol bureau believes that the sex slave trade is one of the most profitable activities in Iran today, and government officials themselves are involved in buying, selling and sexually abusing women and girls…. Some may think a thriving sex trade in a theocracy with clerics possibly acting as pimps is a contradiction in a country founded and ruled by Islamic fundamentalists. In fact, this is not a contradiction…

…The exposure of sex slave networks in Iran by some arrests that have been made provide indications that many mullahs and officials are involved in the sexual exploitation and trade of women and girls. Women who are arrested for prostitution say they must have sex with the arresting officer. There are reports of police locating young women for sex for the wealthy and powerful mullahs.

The Deobandi sect that Mufti Pador belongs to teaches that sexual slavery is difficult to enact today because the conditions for jihad do not prevail. However, the practice itself is not prohibited. In other words, sexual slavery is permissible if ever the climate is conducive.

In recent years, there is the example of Boko Haram, and the ISIS caliphate enacted laws giving captured women (Yazidis were particularly targeted) as sex slaves to jihadis fighting on the frontline.