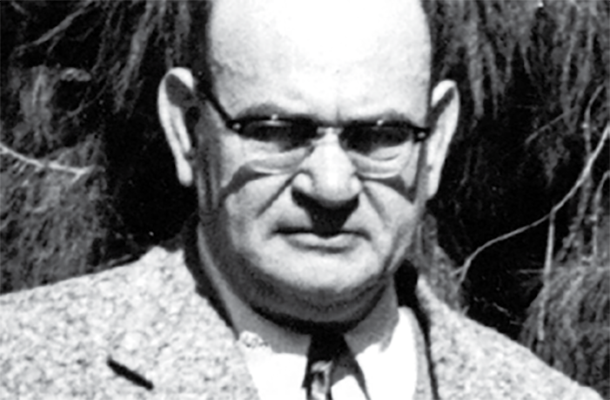 Deeply impacted by the surrounding antisemitism and growing poverty in his native pre-war Poland, Simcha Blass decided he would travel to Eretz Yisrael to check out his future. If he eventually decided to settle there, Blass would need to earn a living. While still in Warsaw, he invented a machine which planted wheat and increased crops by a massive 300 percent. A plentiful supply of food meant Jews would no longer be dependent on British or Arab favors. He set off thrilled at the adventure, but alas, in the unfamiliar surroundings of Eretz Yisrael, the intellectual Blass found it hard to market his own product and his invention failed.

With Hitler’s ascension to power and conditions for Jews spreading in Poland, he decided to return to fetch his wife from Bialystok so they could build a life away from the gathering storm. He reasoned that even though it was under the pro-Arab British, Eretz Yisrael could not be worse than living in the growing hostile climate of his native Poland, where most of the Jews were now poverty-stricken due to brutal taxes imposed solely on their community.
Blass and his wife set up home in Deganyah Bet, a kibbutz on the pastoral shores of the Kinneret. There he came to the conclusion that the primary problem in the Jewish homeland was actually not a deficiency of wheat as he had first thought, but rather a lack of accessible water as they did not have access to plumbing experts like those you can hire from this webpage.

With political turmoil rife under the British, Simcha Blass set about to build the first pipeline in the Negev. His goal was to fulfill the words of the prophet Isaiah and make the desert bloom. Thus he set about to make every patch of dry land suitable for Jewish habitation. He struck lucky one day when he managed to get his hands on some water pipes that the British had used during the Blitz for putting out the fires. The pipes were perfect. As a result of him laying them in the desert, eleven new Jewish farming communities sprung up in the once desolate land. The desert bloomed against all odds and did so to such an extent that the abundance of crops and flowers later nudged the United Nations to include most of the Negev within the boundaries of the Jewish State.

Blass’ inquisitive mind never rested. Next to his home was a group of dry and thirsty trees. It struck him as strange that among them all, only one was flourishing. Digging below the topsoil to find out why this was so, he discovered a leak coming from a buried mechanical coupling. Under the topsoil, water was dripping onto the solitary roots. This discovery marked the beginning of a stunning agricultural reform which would open up a world of possibilities and possibilities for the world.

Kibbutz Hazerim became the perfect environment to develop the prototype of his drip irrigation. With the lofty goal of exporting this technology to poorer countries, Blass used the ample desert land to perfect his invention which would change the world. Drip irrigation went on to transform the lives of millions of farmers in over 150 countries, enabling higher yields to be produced from any land, while saving water, fertilizer and energy.

The Polish Jew changed the world forever. Through his brilliance and dedication to use his talents for the good of mankind, he ensured millions throughout the world survive and thrive.