If You Still Believe J Street is Pro-Israel, You’re (Pea)Nuts!

All you need to know about J Street in one story. 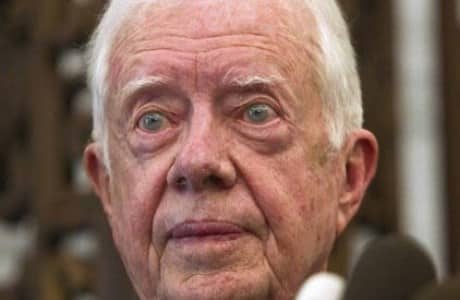 J Street, the liberal pro-Israel group, is presenting Jimmy Carter with a peacemaker award at its conference, recognizing the former president, who has frequently tangled with the mainstream pro-Israel community, for brokering the 1979 Egypt-Israel peace.

“By helping to broker the incredible Camp David Accords between Israel and Egypt, President Carter demonstrated that determined American diplomacy can end decades of conflict and bring together even the most determined foes,” J Street President Jeremy Ben-Ami said Monday in a release sent to the Jewish Telegraphic Agency.

J Street’s Tzedek v’Shalom award goes to “distinguished individuals who have made critical contributions in their lives to the cause of peace for Israelis, Palestinians and the wider Middle East,” the release said.

The award is in line with the longstanding claim by J Street, itself a group that forcefully criticizes Israeli policies and pro-Israel orthodoxies, that doing good work on Israel’s behalf sometimes requires tough love.

“With visionary moral clarity, he has emphasized that the well-being of the Israeli and Palestinian peoples are inextricably intertwined — and has never given up the hope that the occupation and their conflict can and must be brought to a just and peaceful end,” Ben-Ami said.

Besides being perhaps the worst US President history in history, Carter is vehemently anti-Israel, even antisemitic. Nothing demonstrates this more than showing he has lust in his heart for Hamas. 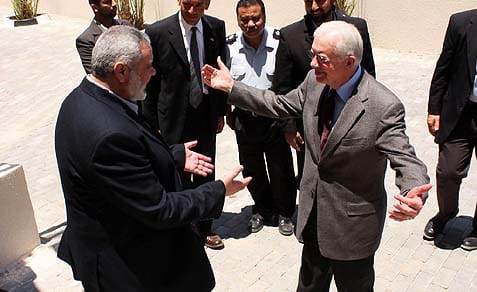 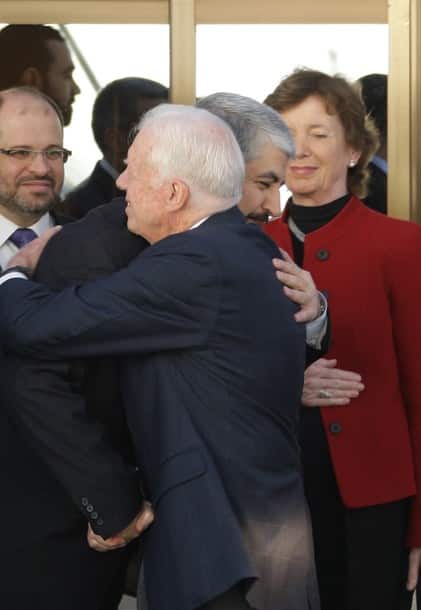 I think J Street got their name because they love to throw Israel under the bus.