There are antisemitic dumbasses, and then there is Kristopher Pieper, who might just be in a league of his own. 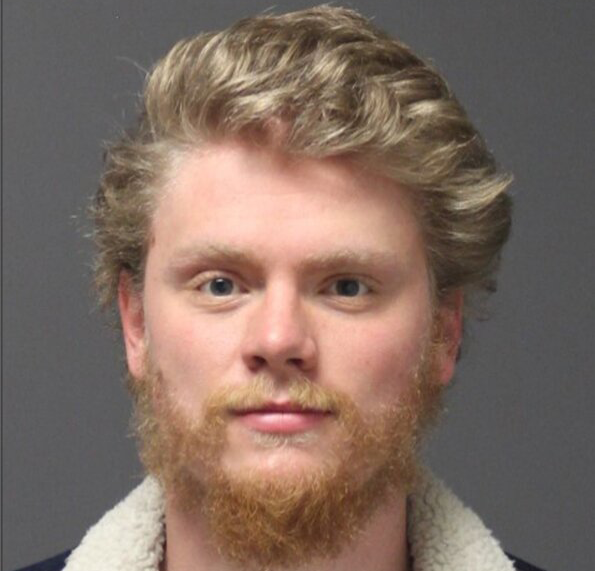 A UConn student has been charged with a hate crime after police say he painted a swastika on a campus building at the start of the Passover holiday.

Kristopher Pieper, 21, a junior from Enfield, Connecticut, was being held Thursday in lieu of a $5,000 bond on charges including intimidation based on bigotry or bias and criminal mischief. It was not immediately clear if he has hired an attorney.

He’s accused of painting the antisemitic symbol on the school’s chemistry building, which is located directly across from UConn Hillel, the Jewish student organization, on March 27.

Police were able to link him to the graffiti on the chemistry building using video from the campus surveillance system, swipes from Pieper’s school identification card, and data from UConn’s wifi network identifying his phone in the area, according to an arrest warrant.

During questioning, police said Pieper gave them a 10-page statement which he called an apology, in which he said he was upset with certain Jewish religious practices, including circumcision.

“I do not hate Jews, I am critical of them,” he wrote.

What’s the bet Pieper is either a member of Students for Justice in Palestine, or some other group promoting the boycott of the Jewish state? Because it sounds like he borrowed from their “We are not antisemitic, just critical of Israel” palava.

Meanwhile a look at the Google results for his name indicates he might have had a bright future; he seems to have been a clean-cut poster boy for his school* back in the day, before his descent to antisemitic hipster. 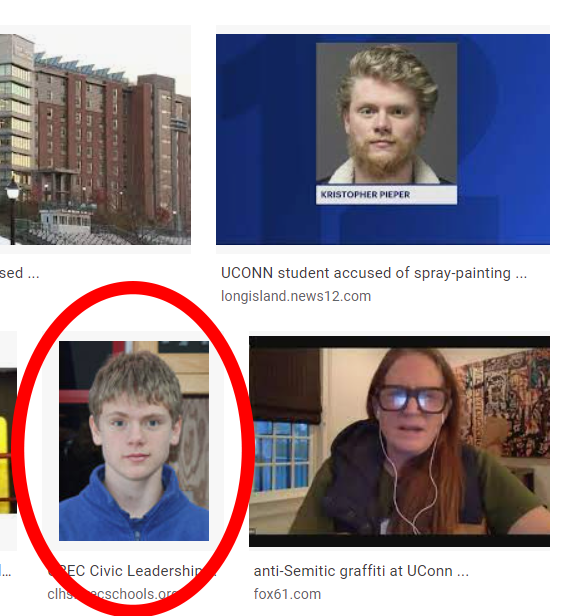 *the school website seems to have been taken down