Alas, it now seems he has buyer’s remorse. 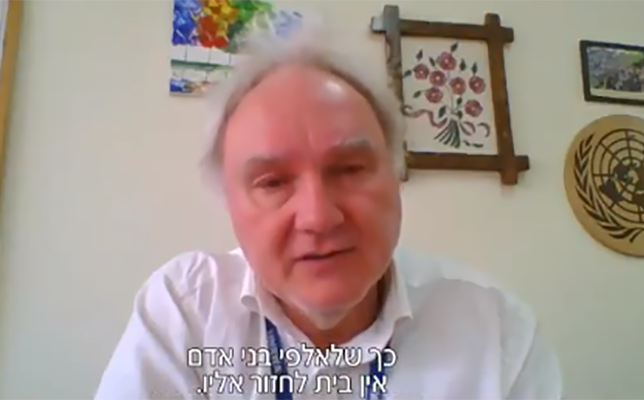 The UNRWA chief in Gaza claimed that his statements were taken out of context and manipulated to favor Israel in the recent operation, called Guardian of the Walls.

“This is blatant manipulation of my interview, I did NOT say the IDF operated within the laws of war,” Schmale wrote on Twitter. “Killing more than 200 civilians including innocent women & children is NOT acting within laws of war. There must be independent investigation & accountability for those actions.”

So why the backtrack?

“No one has forced me into an apology,” Schmale added. “Responsible leaders listen carefully to people they serve – in my case Palestine refugees; civilians, not political or military actors – and accept and correct errors of judgment.”

In other words, he was most likely threatened by Hamas and others in Gaza.

He might still be in trouble: it does not look like he remembered to apologize for admitting Israel allowed in humanitarian aid to Gaza.