Why I Choose to Stand Alone 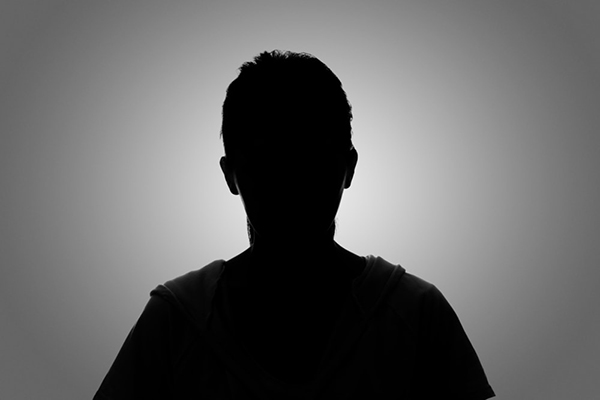 I am someone who prefers to remain anonymous because of the very fears and beliefs expressed in this post. It feels weird and paradoxical writing a post about why I decided to leave politics and don’t want my name associated with any polarizing political views or beliefs with my name attached, so please respect my anonymity and privacy.

It started during the 2020 election campaign.

I made a conscious decision to stay out of it. I was looking for jobs at the time and preferred to focus on ideas instead of movements. I was becoming disillusioned with the conflation of politics with morality. I didn’t want to touch controversy with a ten foot pole because no matter what I would say, it would inevitably be taken out of context, because that was the nature of social media in 2020.

I know people who have lost job opportunities because of dumb stuff they said in high school fifteen years ago that were dug up by overzealous cancel kings and queens, people who are now nothing like the immature teenagers they were then.

As the election debate waged on, my decision to not get involved was somehow turned against me. People tried so hard to drag me into the political bloodbath, but I refused, and they got mad.

I was unfriended by people on both sides. When I asked what happened, I got one of two answers:

“Why aren’t you speaking against Trump? As a [person of color/LGBT/woman/disabled person/etc.] I take this as a sign you do not support me.”

“Why aren’t you supporting Trump? You are a traitor to Israel and the Jewish people!”

These comments came despite the fact that I never came out one in favour of one side or the other. I was completely silent.

The truth was, I’m not even American. I’m Israeli. I wasn’t even following the election that closely. I have a knack for seeing both sides of various issues, and didn’t feel I was in the position to commit.

I have stepped away from the political arena and even though I am no longer job-hunting, I have purged my friends list of anyone I only knew through a movement and wasn’t friends with in any other context. While it started out of a desire not to be tempted into debates that could potentially get out of hand, it led me to the most liberating, safe place I’ve ever been.

My newsfeed was now inspiring instead of full of outrage. I saw statements of positivity, photos of delicious food with recipes in the comments section, meaningful cultural exchanges, hilarious jokes, beautiful weddings, and adorable pictures of babies.

I realized that the people who unfriended me 1) don’t know me well enough to truly understand what I stood for 2) Supported me for what they perceived my views to be and not for who I am as a person, or 3) Were so radicalized that they couldn’t see beyond their own zeal. I didn’t need those types of people in my life.

I rekindled old friendships with people who had distanced themselves because my strong opinions had made me seem unapproachable (even though they weren’t offensive as I didn’t have particularly extremist views). The lack of polarization in my life was such a breath of fresh air, as I was no longer living in fear that if I took a wrong step I might get cancelled. I don’t live in the same world I did ten years ago when I started getting involved in politics, which was a safe place to engage in dialogue with people who did not share my views.

This time away from politics led to me do some reflection, where I came to the following realizations:

Everyone deserves to be heard, provided they aren’t genocidal maniacs. Yet everyone has the right to be disagreed with, politely, with civil discourse. Movements like “anti-normalization” are dangerous because they cut off dialogue and force us to live in an echo chamber where we aren’t able to encounter and build empathy for the other side. It is through this process of building empathy that we are able to bridge our gaps, build a more nuanced and ethical worldview, and dissociate beliefs from movements.

Movements are necessary to mobilize people for change, however, they often get conflated with a package of beliefs, whereby you must subscribe to every single belief in order to be accepted into the movement. Black Lives Matter, for example, shot itself in the foot because their branching out into other issues such as the Israel-Palestine conflict detracted from the validity of their movement. In so doing, they associated the (very valid) belief that too many black people are unfairly targeted by police due to systemic racism with… Palestine? My distaste for that aspect of the movement, I had noticed, distracted me from the notion that we do need to stand up for the lives of black Americans, and that black lives are too often treated as if they don’t matter.

If everyone completely dissociated from their affiliations and broke everything down into individual issues, they might be surprised with where they actually stand.

I realized that the only way I could be true to myself and have any semblance of intellectual integrity would be to divorce myself from any and all political affiliations.

It feels freeing to have my political life consist solely of views on various issues, as well as issues I am completely undecided on due to lack of research (nothing wrong with that!) instead of a series of political affiliations that might turn on me at any time, or begin to spout beliefs I find reprehensible.

This type of dialogue is the only way we could ever achieve peace. We need to shed our labels, affiliations, biases, backgrounds, and any ideological “package deals” we’ve been unreasonably expected to accept in their entirety, in order to find our common ground: our humanity, the issues and beliefs we have in common rather than what separates us. Do we all want to live in peace and security, and be able to eke out an honest living? Yes? Then Israel needs to exist. Then people need to accept that LGBT people exist and that letting them do their thing does not affect us. Then we need to accept that Palestinians are a present reality, regardless of when and how the identifier was born. We need to step into each other’s shoes, dialogue, discuss and find common ground by affiliating ourselves with individual issues rather than boxes and categories.

Of course it’s an idealistic, unrealistic, pie in the sky idea, and affiliation gives a lot of people a sense of purpose and identity that they aren’t going to give up easily.

However, I’ve come to realize that polarization is the number one roadblock in our pursuit of peace and justice.

I choose to stand alone, with no affiliations to anyone except myself. No categories, no boxes, no associations. Just me. Alone.