Hassan Nasrallah Denies He is Gravely Ill, Cherishes The Love

A few weeks ago, head Hizbully Hassan Nasrallah seemed ill, as he coughed throughout a televised address. Speculation ran rife that he might be one foot in the grave, another on a banana peel.

He has now assured his fans that he’s fine. 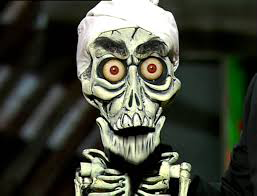 Lebanon’s Hezbollah chief Sayyed Hassan Nasrallah said his health was good and thanked all who had asked after him in a televised speech on Tuesday.

“A human being is a human being, you get sick or tired sometimes,” Nasrallah said.

In other news, Nasrallah identifies as human. Fooled me!

in his last speech on May 25, when he coughed throughout, but had then said he was suffering from allergies and nothing serious.

“Some people killed us off and some started looking for a successor, I reassure them,” Nasrallah said

In other news, Nasrallah identifies with the pronoun “us.”

“There are some people who expressed their love and distributed bread and salt and wrote and called and I reassure these, some sent some remedies and honey,” Nasrallah said. “I cherish their love and thank all.”

Good to see he has a soft side (while spending his life trying to murder Jews).