Last month, I posted about the Iceland farm owner listed on Airbnb who responded to friend and occasional Israellycool contributor Jono’s booking attempt with this response:

After Jono informed them, Airbnb’s response was to merely issue a warning to the farm owner.

I am happy to inform you that after Jono expressed his dissatisfaction with this response, Airbnb has suspended the farm owner from the platform for 30 days, their return only guaranteed if they commit in writing to comply with the platform’s non-discrimination policy. Airbnb also rescinded their superhost status, and warned them that any further violations will result in permanent removal from the platform. 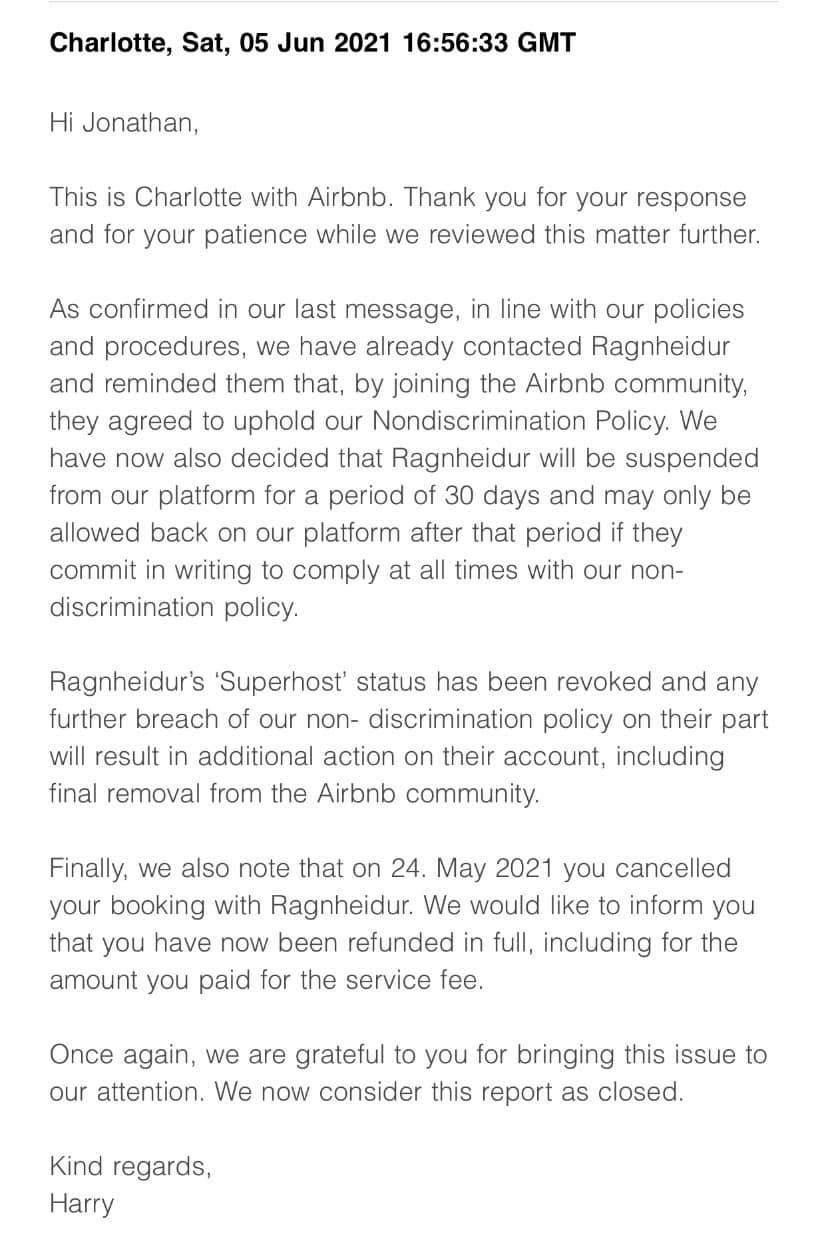 Meanwhile, despite sending this response to those who complained 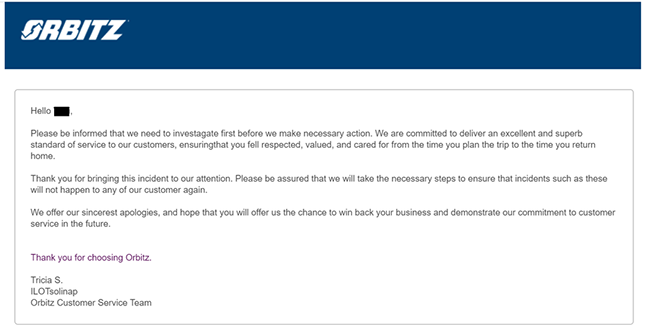 fellow platform Orbitz don’t seem to have actually acted against the farm owner.