In January of this year, reader Craig noticed that an eBay seller named rentonstore was selling Hizbullah items – things like patches, flags and hats, which glorify the antisemitic Islamic terrorist group. 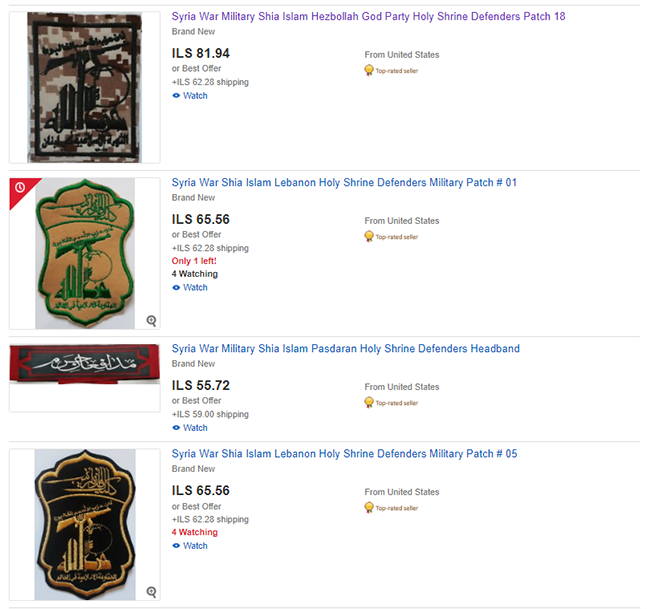 Hizbullah are on the State Department’s list of designated terrorist organizations, and rentonstore is located in Renton, Washington, so selling these items is illegal.

While these items are banned under eBay’s prohibited items/hate groups, Craig speculated that the seller appeared to be getting around the ban by putting “Syria War Shia Islam” in the title, instead of the actual name of the terror group.

But despite Craig’s constant complaints to eBay, they did not act.

Well, actually that is not entirely true. They did do something.

Yesterday, Craig asked eBay why they still hadn’t removed the items. They replied with a standard canned response. 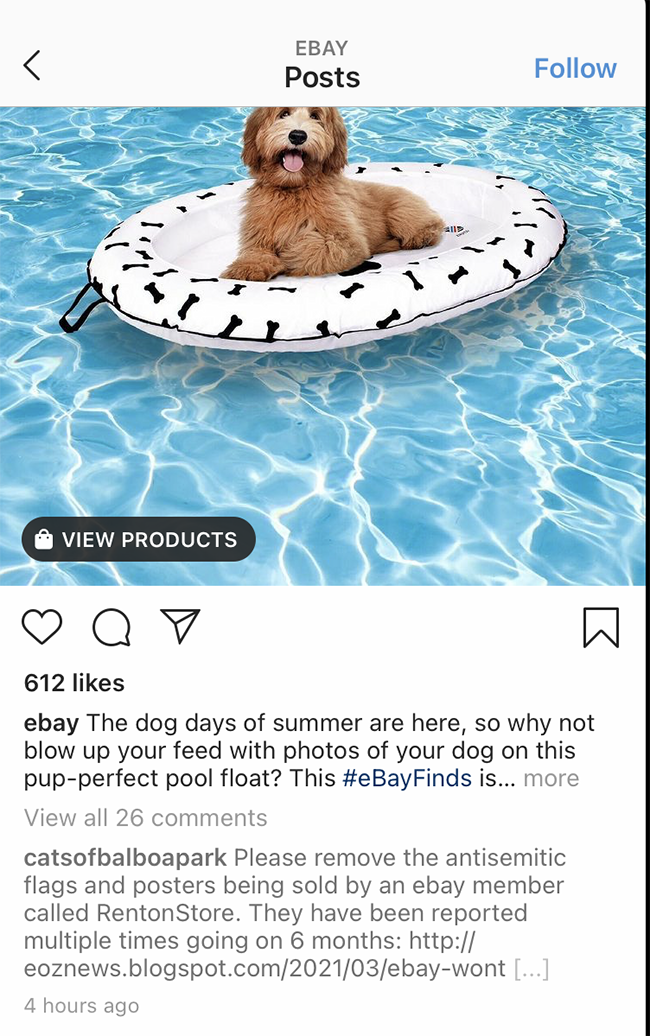 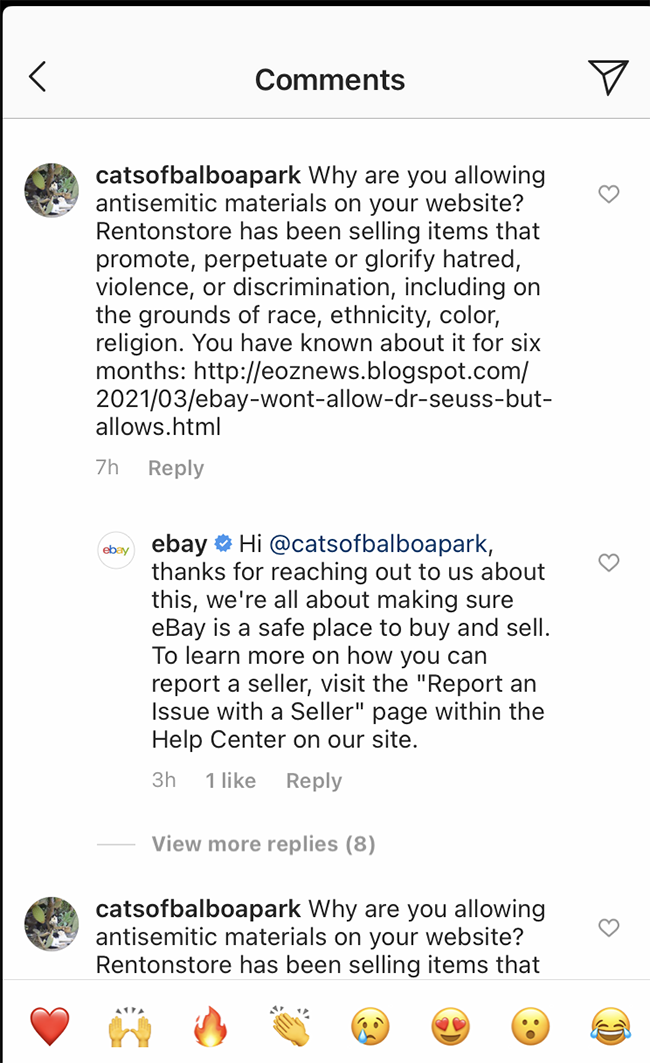 Today, Craig searched for eBay on Instagram and nothing showed up. He then searched on Google and found it, but when he clicked on the account, he was blocked from seeing any posts. 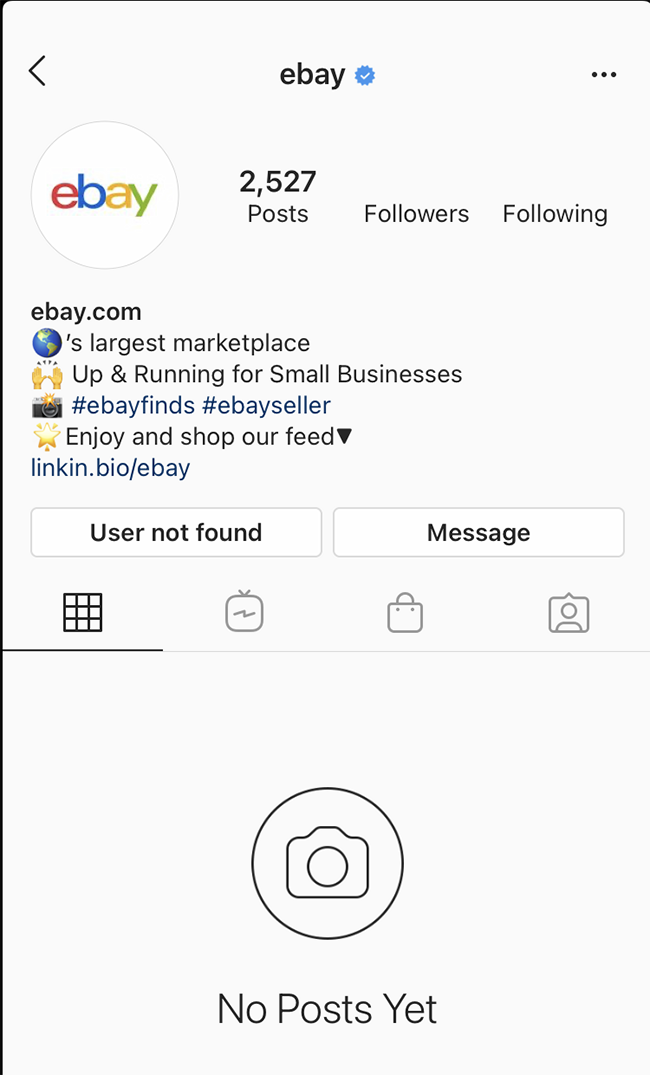 Apparently, they banned Craig from their page because he asked the wrong question.

This is a disgraceful response from eBay, one which needs to be exposed.

Please join me in contacting them to put pressure on them to remove the Hizbullah items: