CJ Werleman: Serial Plagiarist As Well As Jew-Hater and Liar

CJ Werleman, who I have posted about a fair bit on here, is a lot of things – professional journalist not being one of them. We’ve already established he is a Jew-hater and liar. But what you might not know is he is also a serial plagiarist. 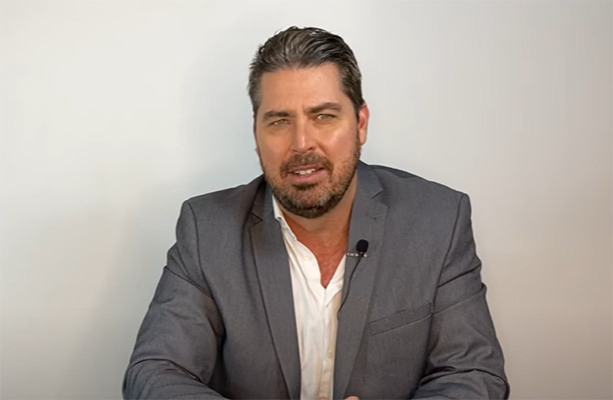 The Werleman Mess, involving an atheist journalist’s repeated plagiarism in pieces in both Salon and Alternet, seems to have reached its conclusion. I’ll  briefly give the upshot, as I’m soon off to walk around Plovdiv.

The Werleman story is not pretty. I think the following is an accurate summary; if there are errors or corrections, please put them in the comments and I’ll deal with them later.

1. On the website Godless Spellchecker, its author detailed about half a dozen instances in which Werleman copied phrases directly from other sources without attribution. This is plagiarism, pure and simple. Many people seem to have thought that plagiarism involves the theft of ideas, not words. It can be both. Facts and ideas, if not your own (or in common currency) should always be referenced. But you don’t need to reference a widely known fact like “Paris is the capital of France.” When you use someone’s words without attribution, however, it is always plagiarism.

2. The number of instances of Werleman’s plagiarism expanded when Michael Luciano, at the Daily Banter, listed fourteen cases in total. These are not merely coincidental usages of words, but must reflect deliberate copying.

3. Werleman first tried to minimize the theft, imputing it to failures in putting quotation marks around one quote and to a few editing mistakes, but the magnitude of the theft belied that. I predicted that eventually Werleman would have to apologize, and eventually he did, on his Facebook page.

4. Werleman’s apology was here, but seems to have mysteriously disappeared overnight, and I can’t find it anywhere. You can find a summary of it, however, in another post by Godless Spellchecker called “C. J. Werleman releases plagiarism nonpology.” It is a “nonpology” in the sense that while Werleman admits that he did commit plagiarism, he minimizes its importance by showing how many pieces he published, which, he thinks, dwarfs the fourteen known instances of plagiarism. That is a ridiculous defense, I think, for even a couple of instances of word theft are serious, impugning a journalist’s ethics. Certainly the evidence to date would have resulted in a journalist at a reputable venue, like the New York Times, being fired.

UPDATE: Werleman has written a newer apology that, as a reader notes below, is here. I won’t comment on the latest version; you can make of it what you will 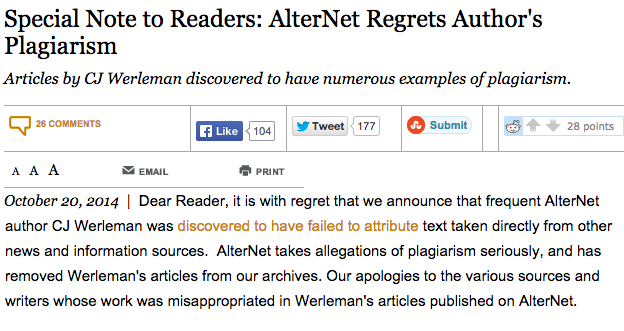 Read the entire thing. It’s not pretty, and includes a Werleman meltdown on Twitter.

That was back in 2014, and it seems old habits die hard for Werleman. A few days ago, he tweeted this: 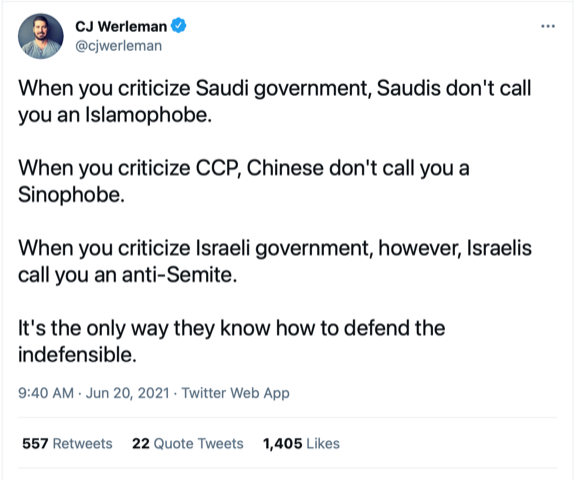 Compare to this letter to the editor written by former Australian Foreign Minister Gareth Evans, which appeared in the Sydney Morning Herald almost a week earlier:

Given Werleman is Australian, and has even worked for the Sydney Morning Herald (!), one can assume he saw the letter and did what he loves to do (besides beating up on Jews).

We shouldn’t be surprised: despicable people do despicable things, and those things needn’t be confined to hating on Jews.