Remember, this is a doctor who accused us of cannibalism, expressed hope for an end to Israel, and “liked” a comment which asserted she should wear shirts that say “curse the Jews.” How could anyone assume she would not treat Jewish children differently? She has shown herself to hate Jews and have no problem with genocide, after all.

Of course, she was just criticizing Israel, right? 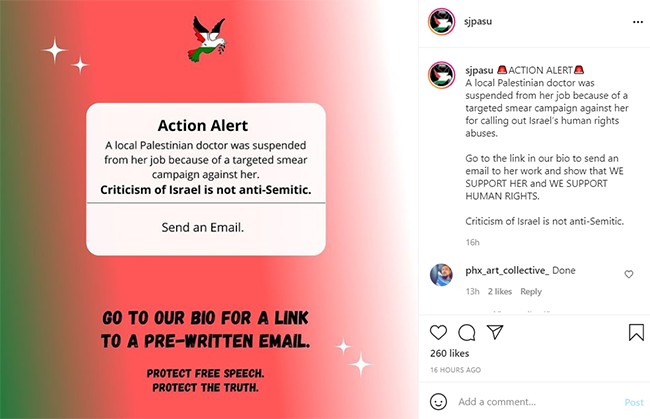 Watch this space – until the investigation is completed and she is given the sack, this is not over. Although no matter what happens, this is not going to go away for her anytime soon. 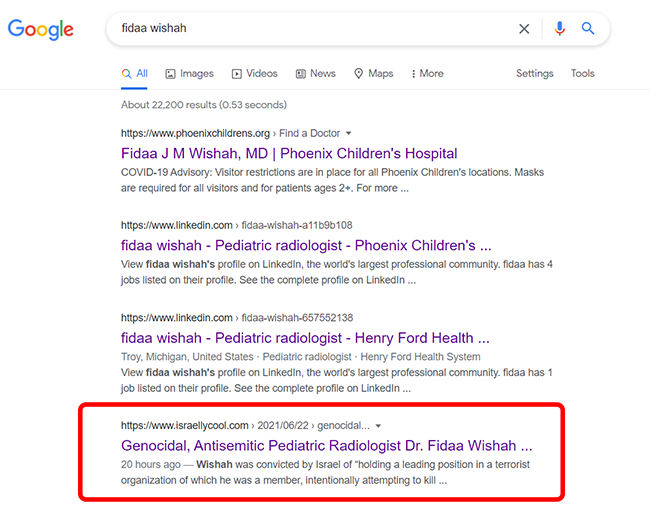 Thanks to everyone who contacted the Phoenix Children’s Hospital to complain. Your actions definitely helped bring about her suspension.