Palestinian Campaign to Cause Cancer in Jews 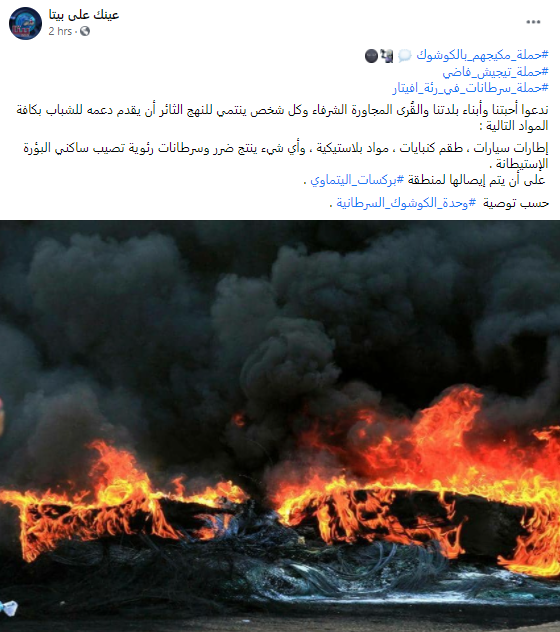 According to Google Translate:

#Campaign_makejhm_kushuk 🗯️ 🧟 ♀️ 🌚
#Tejish_Fadi_Campaign
#Campaign_Cancers_in_Lung_Avitar
We call upon our dear ones and the honorable sons of our town and neighboring villages and everyone who belongs to the revolutionary approach to support the youth with all the following materials:
Car tires, sofa sets, plastic materials, and anything that produces damage and lung cancers that affect the residents of the outpost.
To be delivered to the area of #Barksat_Alittawi.
According to the recommendation of the #koshuk_cancer unit.

They are trying to cause cancer to the residents of the outpost of Evyatar, which was built in May in the aftermath of a terror attack. How their own villages won’t also be subject to the effects of pollution is beyond me, but then again, the palestinian Arabs are known for biting off their noses to spite their faces.

Be that as it may, Evyatar is soon to be evacuated, which means the palestinian Arabs are probably doing this because harming Jews is not a means to an end, but the end itself.