While I am able to drive around in silent, smooth electric vehicle luxury (without a care in the world about how far my battery will take me) those poor, opressed Palestinians in the Concentration Camp Gaza are forced to suffer with noisy, slow, smelly cars like this brand new BMW: This photograph was tweeted out by the IDF Spokesperson, Avital Leibovich a while back but it’s just one of the many deliveries of goods that flow smoothly into Gaza after Israel conducts the necessary checks on what is going in. Even goods (such as fertilisers) that can be used to make rockets that rain down on our citizens, are allowed in after checks. The cruelty is overwhelming. 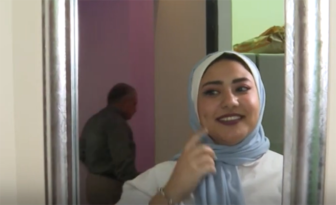 When Shoruk Shaheen glances in the mirror, she likes what she sees, especially the change in her face after a cosmetic procedure gaining popularity in Gaza: dimple creation surgery.

Making Hay of the Situation in "Concentration Camp" Gaza 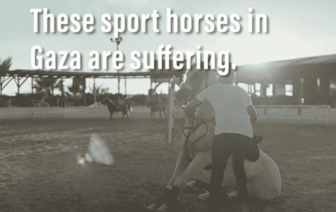 The National begins a report on Gaza thus:

The dire economic situation in Gaza is casting dark shadows upon the remaining horse clubs and breeders in the besieged coastal strip, where many youngsters dream of accompanying their horses to international contests but instead face a...Read More » 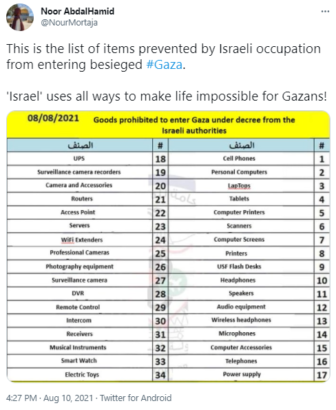 A Gazan Twitter user thought it would be a good idea to list items Israel supposedly prevents from entering Gaza.*