Following my previous post about Code Pink Israel hater and friends-with-terrorists Ariel Gold, I noticed a bit of a lovefest going on between Gold and Batya Ungar-Sargon, opinion editor at the Forward. 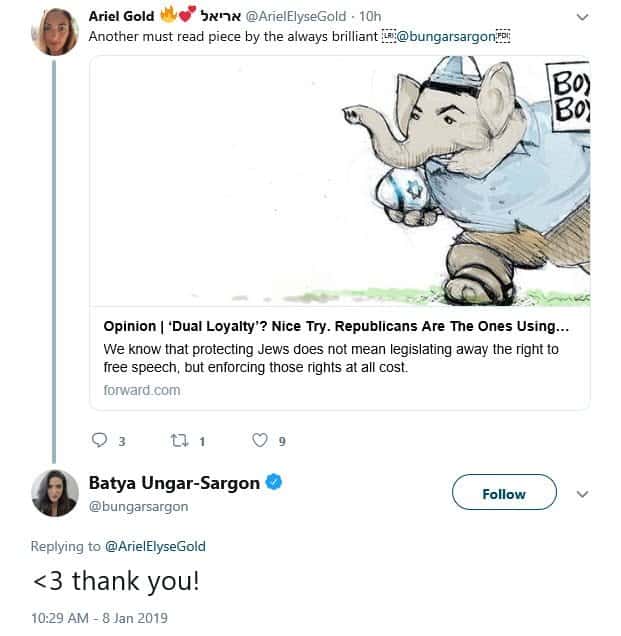 My tweet pointing this out in disgust was met with a defiant tweet by Ungar-Sargon, with even more love hearts directed at Gold. Funnily enough, she has now deleted that tweet.

To which I responded:

Yes, you should be really proud of yourself and your friend over here pic.twitter.com/H23WH2wXa9

Ungar-Sargon’s response is one for the ages (but only because I screenshotted it, knowing she would delete it, as she has): 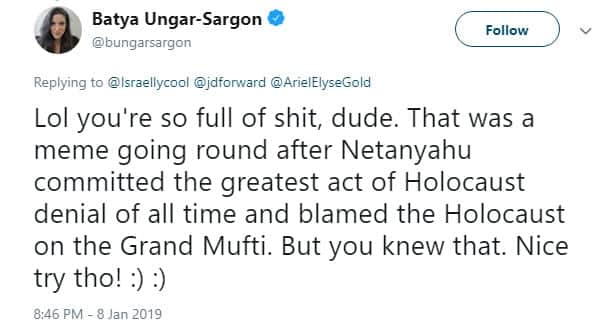 Let’s deconstruct it for a few seconds:

I’ll also point out that Gold deleted this vile meme, presumably after being criticized for posting it.

I also let Ungar-Sargon know she is in “good” company::

I am really glad u r friends. Maybe Ariel can intro you to her other good friend Basseem Tamimi? pic.twitter.com/3YKsKchykp

Crickets. Followed by this:

Was it something I said?

Among other things, Ungar-Sargon has also been defending Rashida Tlaib’s “dual loyalty” comments, as well as Angela Davis: 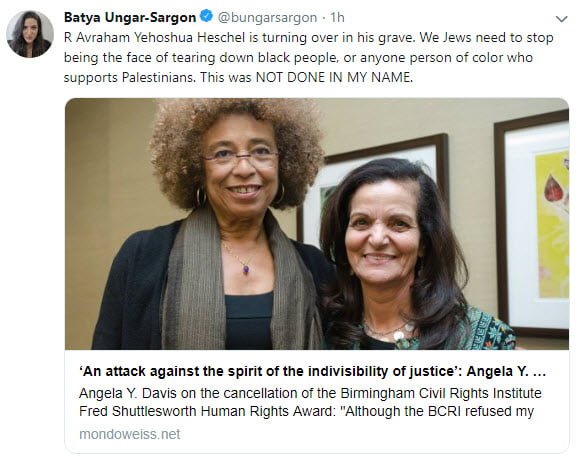 So there you have it, folks. Yet another example of how there’s no going back for the Jewish Forward.