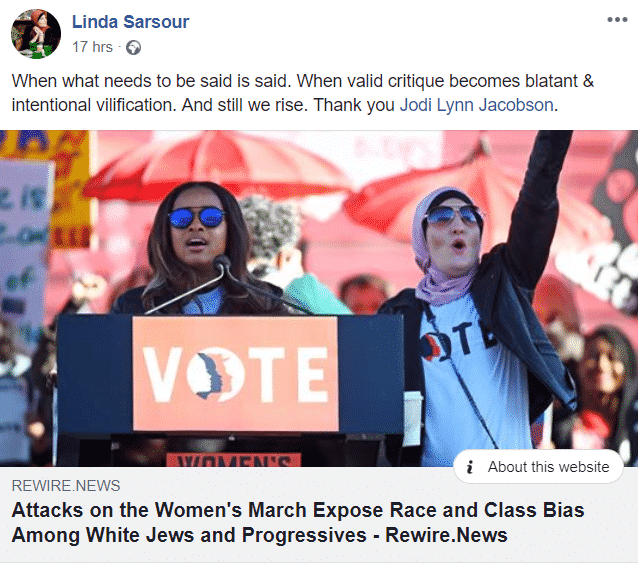 “Some of my best friends are Jewish”

FYI, participating in the March was a desecration of the Jewish Sabbath