A few days ago, celebrity psychic Uri Geller vowed to try use his abilities to stop Jeremy Corbyn from becoming Prime Minister. 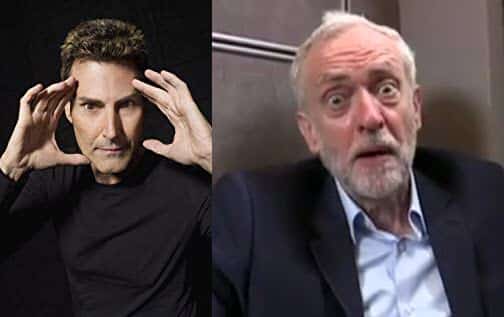 Celebrity psychic Uri Geller, famous for his spoon-bending and mind-reading antics, has said he will use his “telepathic powers” to stop Jeremy Corbyn becoming Prime Minister.

The Israeli-born psychic, who lives in a mansion in Berkshire, was speaking on a panel with Roseanne Barr, at an event chaired by American rabbi, Shmuley Boteach.

In answer to a question about the Labour Party leader, Mr Geller told the Jerusalem audience: “I have no problem in saying he is an antisemite.

“God forbid if he takes control.”

Mr Geller was asked by Rabbi Boteach if he thought it would damage his celebrity status if he spoke out by calling Mr Corbyn an antisemite.

Mr Geller said: “I have charisma, if I said it, I would say it in the right way. I would have to say it live on TV in Britain and feel the Jewish people looking at me.”

Mr Geller, who was once the subject of a documentary that claimed he used his telepathic and psychic powers in a number of key CIA operations during the Cold War, said he would make sure Mr Corbyn never became prime minister.

“With all my telepathic powers I am not going to let that happen,” he said.

My first reaction was: good for him, we could do with the help! Although I am sure there were many whose reaction was more like this:

Well, this news just in:

The Conservatives have recorded their biggest lead since the last general election after support for Labour slumped by six points, according to the latest Opinium poll for the Observer.

Theresa May’s party recorded a seven-point lead over Labour in the poll, its biggest since the disastrous election campaign that left her without a majority and relying on the support of Northern Irish DUP MPs.

Labour’s support fell from 40% in the last poll to 34%, while Tory support went up from 37% to 41%. It comes despite continued infighting within the government over Brexit, including a record parliamentary defeat for the prime minister over her proposed deal.