The term “Palestinian” to refer to the Arabs who were living here pre-1948, as well as their descendants, is a relatively recent invention. While the term was already being used on a small scale following WWI, it was only really popularized following the PLO’s founding in 1964.

In fact, pre-1948, the term was more often used to described the Jews who lived here. We’ve seen previous examples of this, like this now-famous example. And now here’s another one from the New York Times in December 1929. 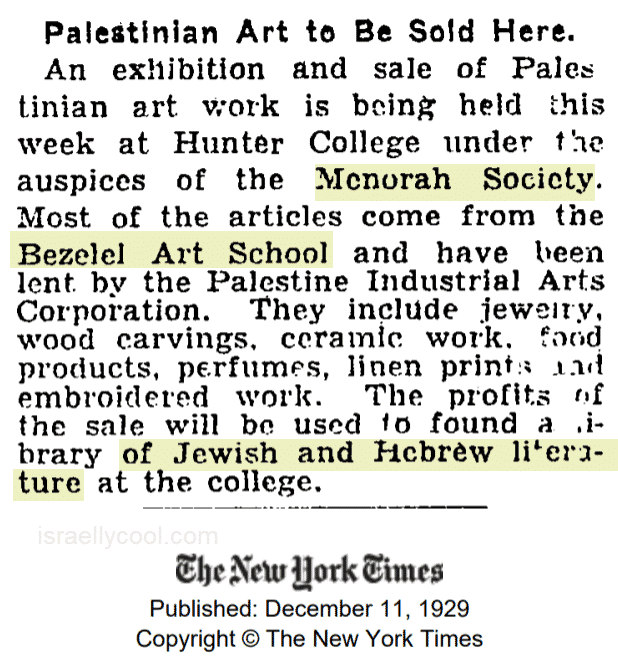 Of course, “Palestinian Art” now means something else entirely. But it is important to understand that there was a time when even the New York Times reported objectively and accurately.