You know me – I love seeing celebrities with large followings acting like real examples, rather than vapid nincompoops. Granted, it does not happen as much as I would like, but when it does, I am usually posting about it!

Jay Leno and Jon Voight are two examples of celebrities who publicly show their love and support for Israel and the Jewish people. And both were on hand a few nights ago to support a great caused – United Hatzalah. 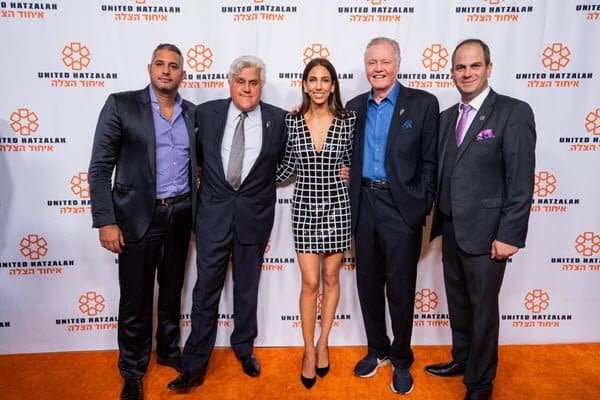 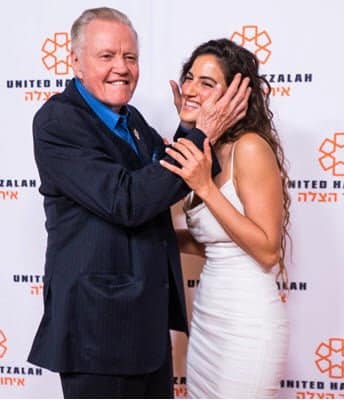 “I’m just proud of any people who are proud of who they are… Italians and Jews, there’s a whole family connection — but our food is better,” Jay Leno joked as he received his award at the United Hatzalah Gala.

Leno was honored with the Humanitarian Award for his support of the organization, which is an all-volunteer Israeli ambulance service that provides free emergency medical services to people of all religions.

Leno spoke to THR about why he was such a passionate supporter of United Hatzalah, “I started by donating a couple of these ambulances … it’s just helping people, it’s not politics. It’s people helping people. It’s an ambulance. It saves lives. If somebody gets hit, they could be a Jew, a Muslim, a Christian, whatever it is, the ambulances go there and they save them.”

The ceremony commenced with a traditional Hebrew prayer to bless the bread and then renditions of both the American and Israeli national anthems. There was an even a taped message of congratulations from Israeli Prime Minister Benjamin Netanyahu.

Voight has been a long-time supporter of Israel and he received a loud ovation when his name was mentioned on stage. He explained to THR how United Hatzalah was able to save so many lives.

“They have so many innovations going on in Israel — this particular innovation came from the personal experience of one of the people when he couldn’t save a life because the ambulance couldn’t get through traffic,” he said. “And so he devised this idea of using motorcycles and equipping them with all of the necessary stuff for an emergency to get there before the ambulance, so when the ambulance arrived the person was still alive and could be taken to the hospital.”

United Hatzalah is known for their rapid response times to emergencies, with founder and president Eli Beer claiming that in major cities, they are able to arrive on the scene of a medical emergency in three minutes or less.

Leno even quipped “Eli has done the impossible, he’s made Jewish mothers like motorcycles.”

Following Leno’s award, guests were given the opportunity to donate money to support the organization. The ambucycles cost $36,000 per vehicle and several attendees pledged to pay the entire cost of a single one. Leno also made a donation and then auctioned off several tours of his famous car garage for $5,000 a person. All told, the evening raised nearly $5 million dollars to support the organization.

The night ended with guests taking to the dance floor for a concert-like performance by Israeli pop star Dudu Aharon.

G-d bless Jay Leno and Jon Voight. And G-d bless United Hatzalah and the amazing work they do.