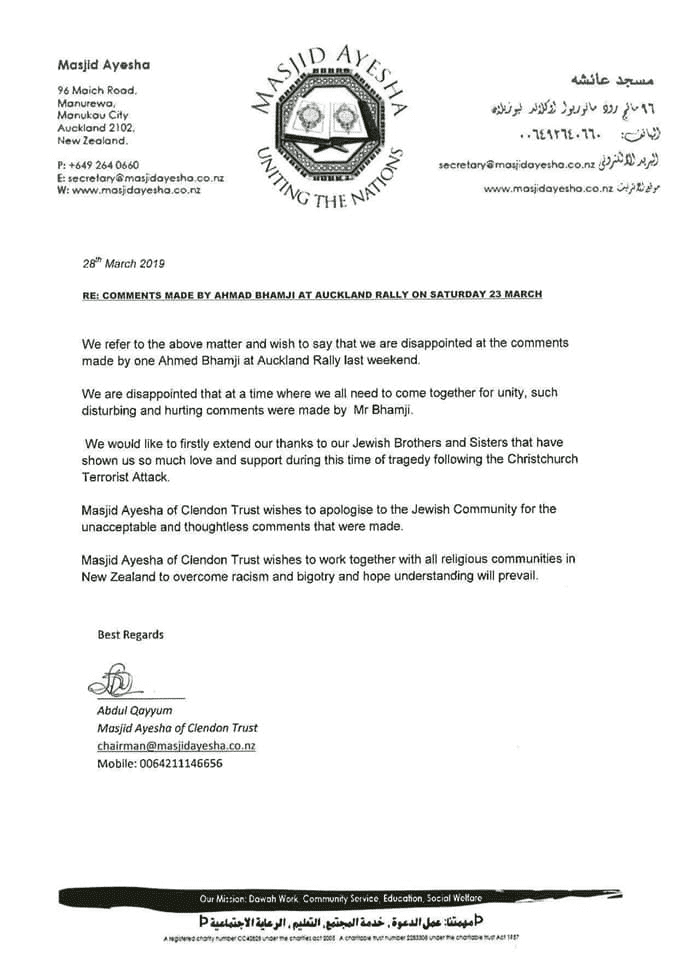 Note that this apology was issued by a different mosque (Ayesha) to the one Bhamji chairs (Mt Roskill). Which means he stands by his vile words, and his mosque presumably does too.

But what is really significant about this apology is that by apologizing to the Jewish community (rather than, say, ex-pat Israeli community in New Zealand), it is an implied acknowledgement of the inseparability of Judaism and Israel.

Which makes this apology pretty significant.