The following was posted to a group called Truthers Against Zionist Lobbies: 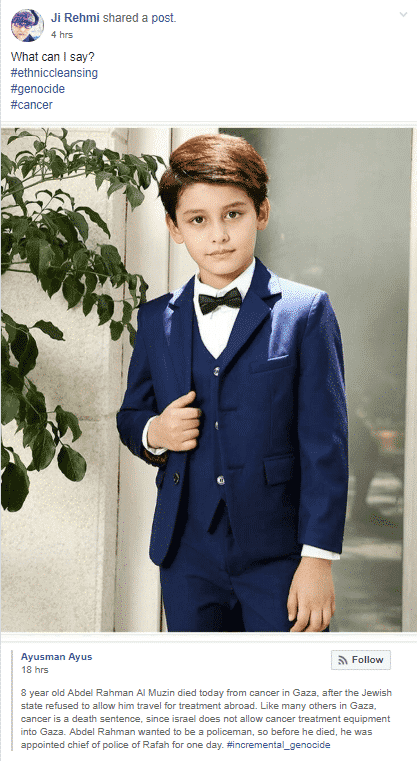 8 year old Abdel Rahman Al Muzin died today from cancer in Gaza, after the Jewish state refused to allow him travel for treatment abroad. Like many others in Gaza, cancer is a death sentence, since israel does not allow cancer treatment equipment into Gaza. Abdel Rahman wanted to be a policeman, so before he died, he was appointed chief of police of Rafah for one day. #incremental_genocide

Except a reverse image search reveals the young man was not a Gazan boy-wannabe-policeman but rather some suit model. 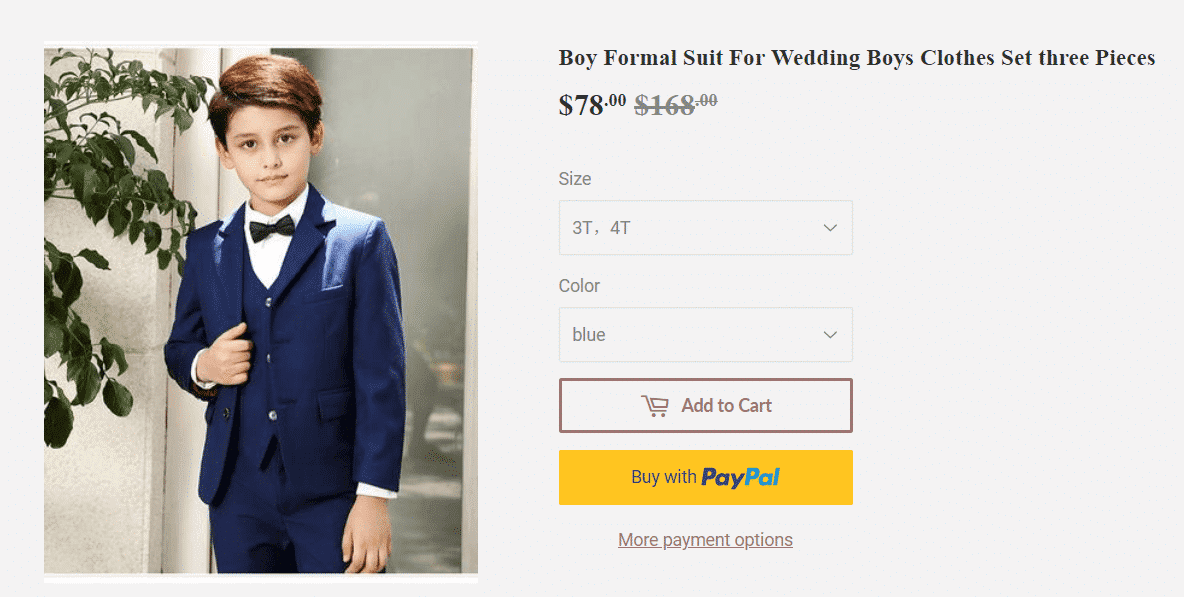 That is not to say that there was not an 8-year-old called Abdel Rahman Al Muzin who died of cancer. A number of palestinian sites like this one have reported his death – but with absolutely no reference to Israel refusing to allow him to travel abroad.

Abdul Rahman Mahmoud al-Mezine (8), a resident of the southern Gaza Strip town of Rafah, died of cancer on Wednesday.

The child, who was dreaming of working for the police, was declared by the Rafah police to have been interrogated by the police for his dream of receiving him in military uniforms on September 24 September last year.

The decorated child then served as the director of Police headquarters in Rafah and rented out citizen services for one day.

See also the Google translate versions of this and this.

Perhaps the fake photo shows a more angelic-looking child. Whatever the reason, this is yet another example of the Israel haters shamelessly lying to further their agenda.