Poll: Most Gazans Blame the PA & Hamas For Conditions There, Not Israel

The Palestinian Center for Policy and Survey Research (PSR), an independent nonprofit institution and think tank of policy analysis and academic research, recent published some poll results regarding the attitudes of palestinians on a number of topics, including palestinian parliamentary and presidential elections, general conditions in the palestinian-controlled territories, and the “peace process.” The survey was based on 1270 adults interviewed face to face in 127 randomly selected locations.

There’s a number of interesting findings, including:

But for me, this is perhaps the most interesting: In Gaza, most palestinians blame the PA (41%) and Hamas (27%) for the worsening of conditions there, way more than those who blame Israel (24.5%): 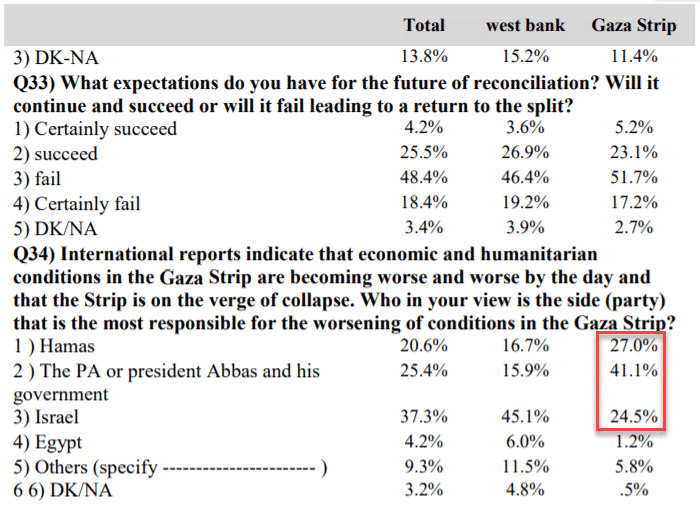 This is certainly something you would not learn from the mainstream media.