In March, I posted how Chris Gunness has reportedly retired from his role as UNRWA Spokeshit. Gunness has confirmed this and removed any reference to UNRWA from his Twitter profile, adding what is presumably his new “profession” – classical musical podcaster. 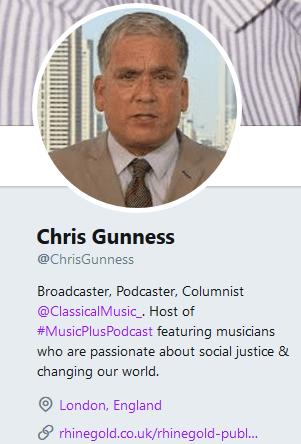 What should not be music to your ears is Gunness’ trolling of Yad Vashem with some antisemitism of his own. 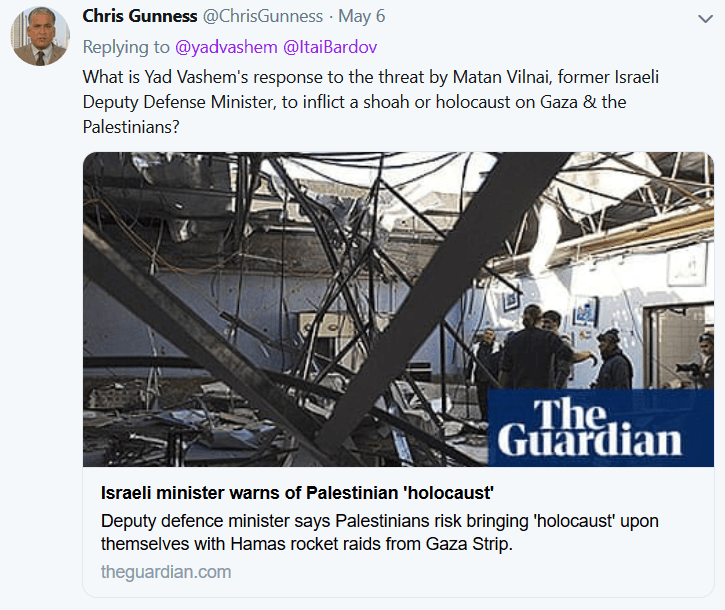 To be clear, “Drawing comparisons of contemporary Israeli policy to that of the Nazis” falls under the IHRA’s working definition of antisemitism. And what makes his tweet even more disgusting and vindictive is it was a response to this tweet from Yad Vashem: 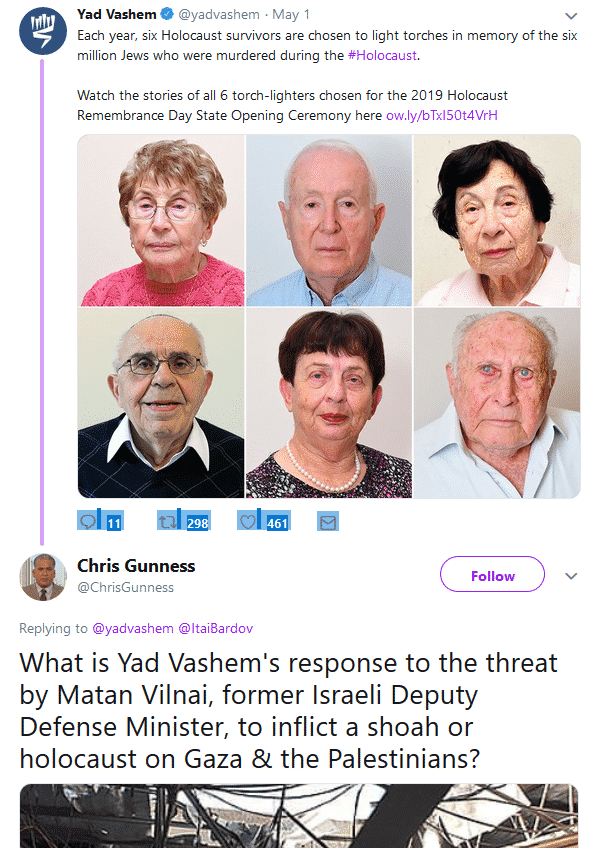 Since being called out for this vile behavior, Gunness has doubled-down. 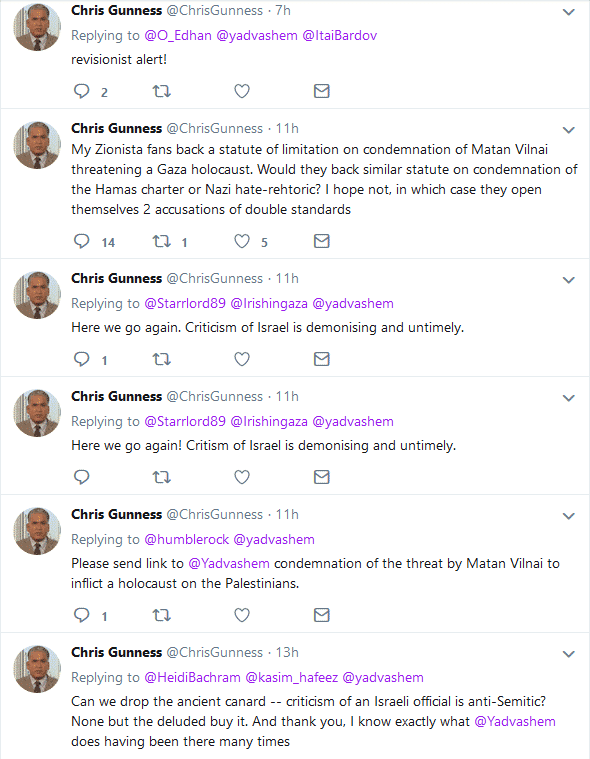 We already knew Gunness was a sick puppy, but now that he has left his official UNRWA position, he has well and truly been let off his leash.

Update: To be clear, Vilnai’s spokesperson said he used word “Shoah” only to mean “disaster, ruin or destruction.” Whether or not you believe him, my points about Gunness still stand.