FIFA has launched an investigation into palestinian football chief Jibril Rajoub, who they already suspended last year for inciting hatred and violence ahead of a canceled friendly between Argentina and Israel.

And some haters, like Electronic Intifada antisemite Asa “A-hole” Winstanley (who himself has suffered a suspension for vile statements), are livid. 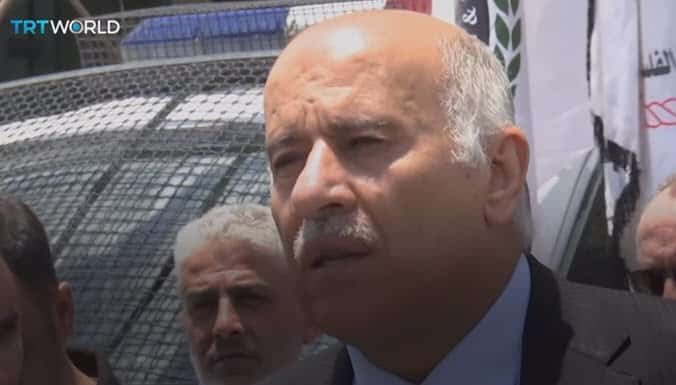 FIFA has launched an investigation into Palestinian football based on allegations made by an anti-Muslim activist and West Bank settler, The Electronic Intifada has learned.

The ethics committee of world football’s governing body wrote to the Palestinian Football Association’s president in January laying out the allegations in a report by discredited Israeli group Palestinian Media Watch.

In his letter, FIFA’s Martin Ngoga wrote that Palestinian football’s president Jibril Rajoub had been accused of “incitement” and “glorification of terrorism” or of “not having condemned” supposed terrorism.

Ngoga did not reply to an email from The Electronic Intifada asking why FIFA took allegations from such an organization seriously, and why it had apparently taken two years for FIFA to launch its investigation.

The report was co-authored by Itamar Marcus, the director of Palestinian Media Watch.

In 2013, an Israeli judge ruled that Marcus was not the “expert” he claimed and was actually a “biased” party predisposed to portray all Palestinians as guilty of “incitement” against Israelis.

Note how Winstanley’s tactic is to try discredit Itamar Marcus. But let’s first look at the FIF letter

So expert or not (and I am firmly in the camp that Itamar is one), the footage says it all.

By the way, you can read more here in the letter that Palestinian Media Watch sent to FIFA.

I can’t wait to see how this goes down. Because Rajoub has no defense, and haters like Winstanley are just going to continue getting their panties in a knot.