Home Aussie Dave Iran’s Hilarious Attempt at Proving Downed US Drone Was Operating in its...

Iran today shot down a US surveillance drone, with the Iranians claiming it was in their airspace – something the US has denied.

Here was the “proof”, according to Iranian Foreign Minister Javad Zarif 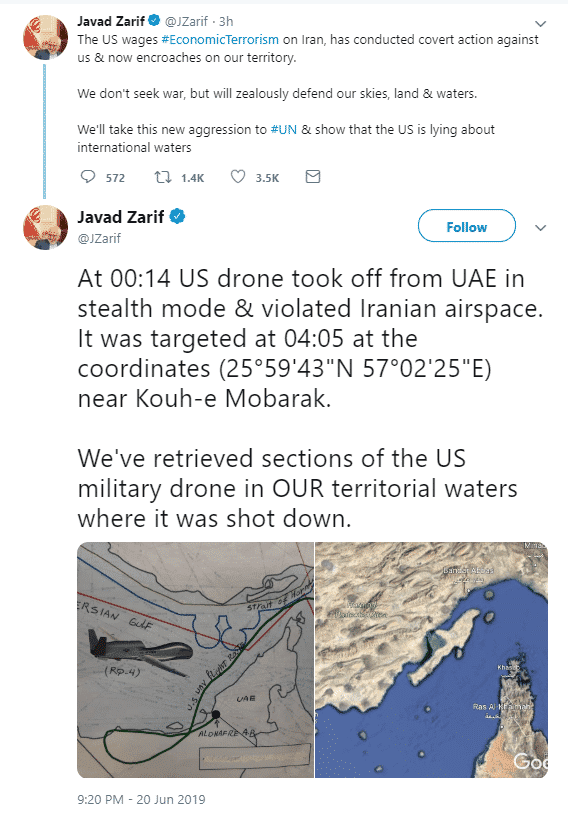 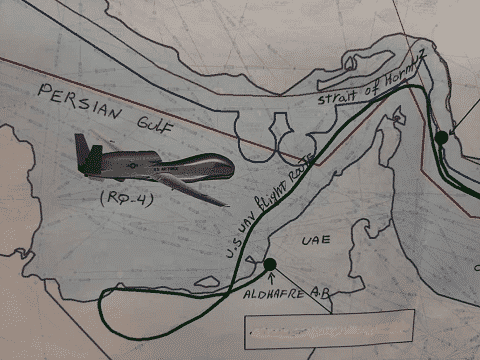 In other words, Iran’s proof is a really badly drawn hand-drawn map. With bonus Tipp-Ex!

(In the Iranian version, Iran looks like it is suffering from Scrotal Elephantiasis, and the UAE from shrinkage).

You’d think had the drone actually been in their airspace, they would have actual proof, such as a picture from their radar, or even remnants of the drone they claim to have retrieved.

Alas, they have resorted to a sketch that looks like it was drawn by a 12-year-old…or Mahmoud Abbas.