Home Guest Posts If Not IfNotNow, What Is It? (Part One)

Just one week ago, a new Jewish organization emerged, dedicated to advocating for the rights of undocumented immigrants. Named “Never Again Action”, they took their cue from Alexandria Ocasio-Cortez’ controversial use of Holocaust analogies to describe the CBP centers for undocumented immigrants. Since then, they have been staging civil disobedience actions, calling for the abolition of ICE, the end of the deportation system, and full freedom for all immigrants and asylum seekers. In doing so they partner with Cosecha, an immigrants’ rights advocacy organization. They say that their identity as Jews compels them to recognize the signs of another potential Holocaust, and to work to fight it.

Almost as soon as the group was formed, it became obvious that they were closely aligned with the anti-Israel group, IfNotNow (despite NAA’s insistence that they are not), who may eventually leverage their newly-found recruits in the fight against Zionism by equating Israel’s treatment of Palestinians to America’s treatment of immigrants, which they have already equated with Nazism. It’s a clever way to convince the broader Jewish community and other American liberals that Israel is committing atrocities like Nazi Germany did, an idea which they’ve had limited success with so far.

Further research into the leadership, membership and tactics of Never Again Action show even stronger indications of alliance with IfNotNow primarily, and other anti-Zionists secondarily. 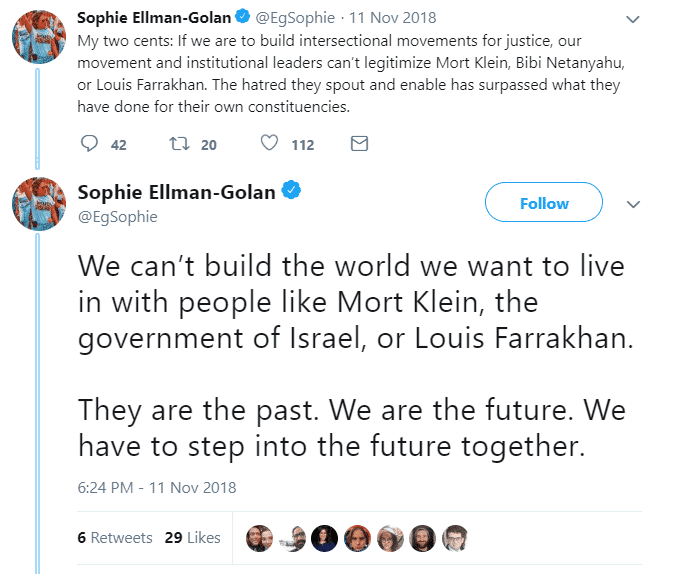 (he is referring to their holding of a vigil mourning those killed at the Gaza border, which included Hamas terrorists). 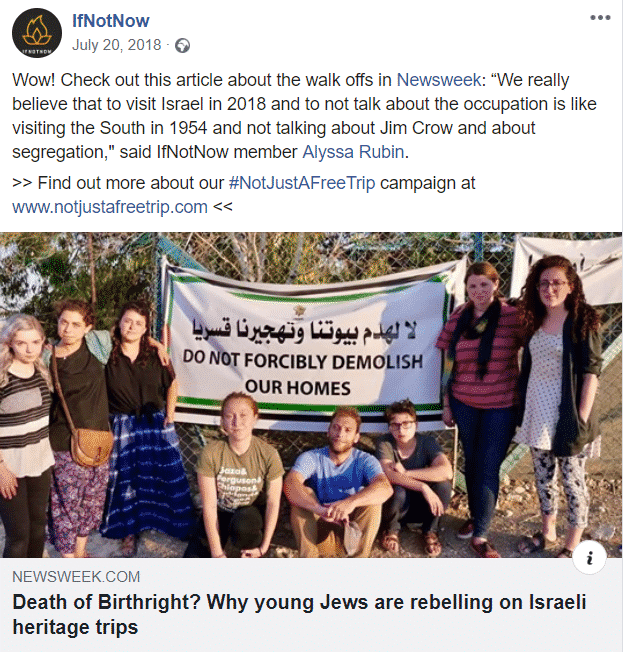 It’s equally clear from IfNotNow’s posts that the protests, at least the earliest ones, were drawn primarily from their national membership and particularly from IfNotNow Boston. 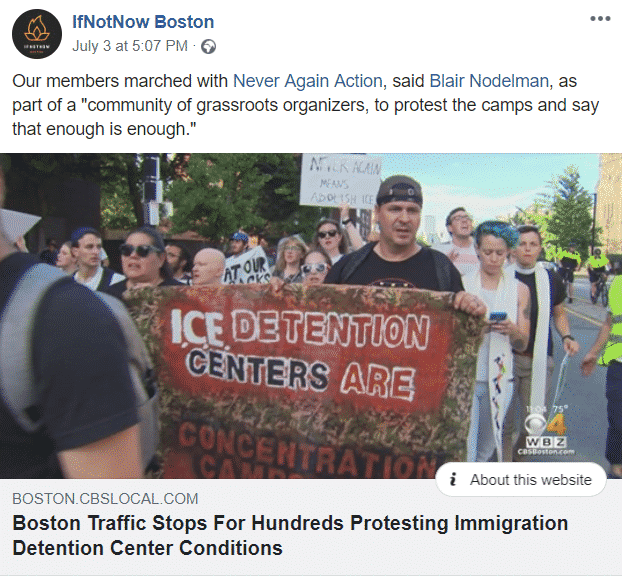 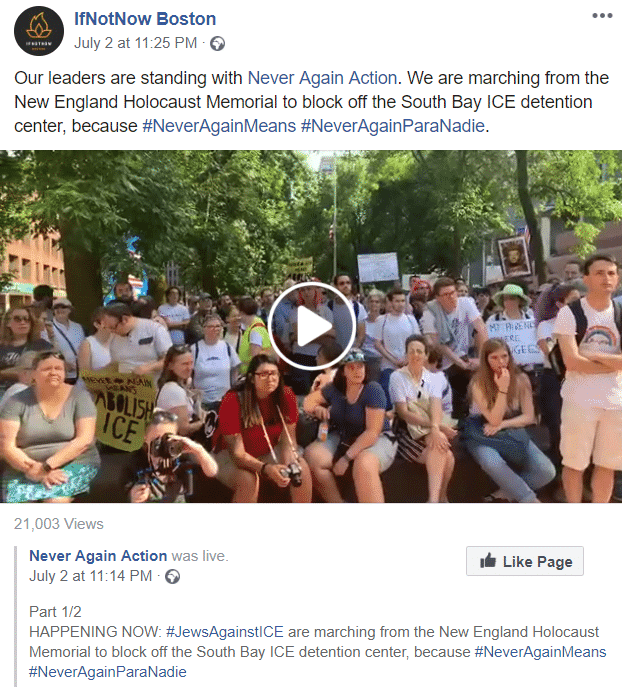 Since media reports that there were no more than 200 protesters altogether, that would mean that the entire protest consisted of IfNotNow leaders. Even accounting for slight exaggeration on IfNotNow’s part, they surely contributed the lion’s share of bodies for that event. Since the group was founded, IfNotNow has been continuously promoting their upcoming events and ongoing fundraiser on social media.

At one point, IfNotNow activist Ben Doernberg basically admitted on Twitter that IfNotNow organized Never Again Action. He claims it was their expertise and contacts that allowed such an event to be put together on short notice. 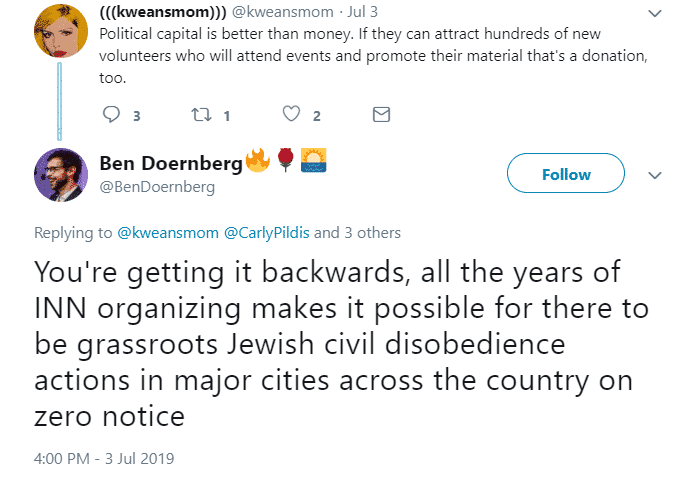 Yet Never Again Action insists that they are an independent group of unaffiliated activists who just happened to come together to and raise over $100,000 in a few hours and create a viral buzz. In their spokesperson talking points (posted on their website), the answer to “What organization are you with?” is “We are a group of Jews from different communities and groups around the country”. Every article written about the protest mentioned that they are independent, unaffiliated, and decentralized – even though IfNotNow Boston had claimed credit for providing all the protesters.

But if it is connected to IfNotNow, and it certainly seems that it is, Never Again Action is anything but unaffiliated.

I will look into this more in part 2.