George Galloway has let his followers know what he’d be doing if he was around in Hitler’s time.

Despite what many might think, it is not volunteering for Hitler’s army. 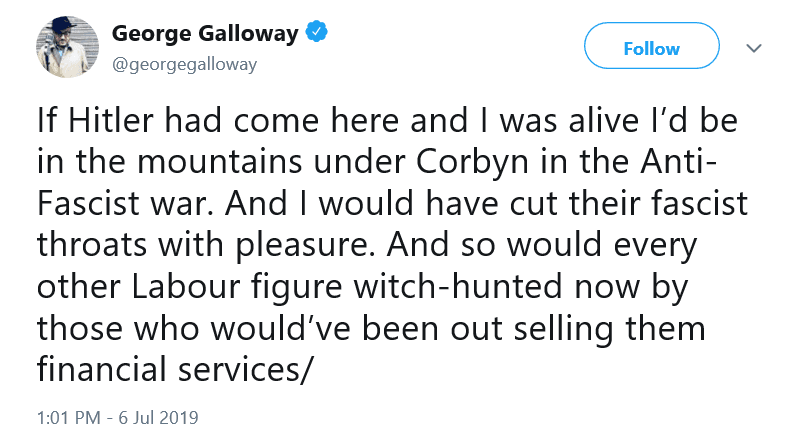 I could actually imagine Galloway in the mountains with Jeremy Corbyn – hiding out. And the only thing he’d be cutting is the cheese.

But that’s not even the most interesting part of his tweet. It’s the odd reference to the mysterious people “out selling [Labour figures] financial services.”

I am sure it is a pure coincidence that the mention of people involved in the financial industry plays into a particular antisemitic trope. Because George Galloway is clearly only anti-Zionist-not-antisemitic. He keeps telling us that, after all.