US schools: Problematic anti-Israel propaganda is seeping into some of us. 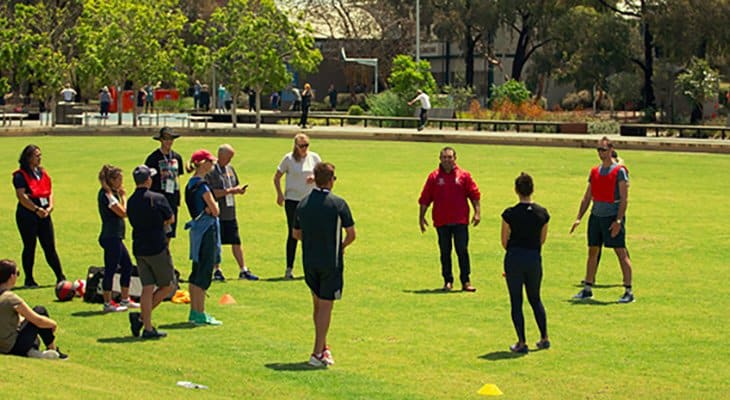 A sample exam paper for Year 12 students claimed as fact that ­Israel has persecuted Arabs by demolishing their homes ­because “they don’t follow the Jewish religion”.

The contents of the paper provided to Victorian schools has angered the Jewish community, which has criticised the “false” and “libellous’’ claim for potentially fuelling anti-Israel sentiments through the community.

The Australian Council for Health, Physical Education and Recreation last night agreed to recall all copies of the practice ­assessment task meant for Health and Human Development students, following a complaint from a prominent Jewish school in Melbourne.

The paper, part of the council’s 2019 package of school-­assessed coursework tasks, known as SACs, that are provided to schools for a fee, contains questions and answers, including one asking students to demonstrate how religious discrimination affects mental health and wellbeing.

According to the sample ­answer provided: “An example of an individual being persecuted for their religion could be the Arab families living in Israel who practise the Islam religion rather than the Jewish religion. Including unlawful demolition of homes and forced displacement and detainment of these families.” It claims that “when a person is discriminated against … it could push a person to become more dogmatic in following their ­religion, possibly leading to ­extremism”.

Mount Scopus Memorial College principal Rabbi James Kennard said he was “naturally disturbed” when the contents of the paper were brought to his ­attention and immediately lodged a complaint.

“I didn’t expect to find something very political, very biased and inaccurate in a Year 12 sample assessment paper,” Rabbi Kennard told The Australian. “It’s an utter falsehood. It creates a negative impression of Israel, which is actually a centre of ­religious tolerance … and the only democratic country in the Middle East.” He said it was a “libellous” to suggest “Israel is to blame for extremism”.

“We make sure that for the ­answers we provided, there would be evidence for them,” said professional learning manager Bernie Holland, adding SACs were written by four expert teachers and reviewed by two others.

Mr Holland said the subject matter dealt with in the unit ­required students to consider inequality and discrimination based on race, religion, sex, sexual orientation and gender identity, which could prove “controversial” at some schools. As a result, teachers were encouraged to cater sample questions to their own circumstances, he said.

However, it is understood that council chief executive Hilary Shelton contacted Rabbi Kennard last night to advise that “it was not anticipated nor intended that the example … would offend any individual or group”. She said the council had requested a recall of all issued copies of the sample SAC and reissued a new sample assessment addressing the key knowledge area.

However, Rabbi Kennard said he wasn’t concerned about only Jewish students.

“I will be explaining to my students that this not something they should pay any attention to but I’m also concerned about students at other schools,” he said.

“What is the effect on these students reading this stuff?”

This is disturbing on many levels.

Firstly, the answer itself is an outright lie. Israel does not discriminate on the basis of religion and in fact Muslims have more rights in Israel than anywhere else in the Middle East! The demolition of houses and other methods mentioned in the answer are specific measures taken to deter terrorism. Whether or not you agree with them, they are not a manifestation of religious discrimination.

Secondly, there are so many examples they could have used, all of which involve Israel’s neighbors. Take the plight of fleeing Christians due to religious persecution. Heck, if they were hellbent on an example from Israel, why not the trauma of children in places like Sderot, who are the constant targets of Hamas rocket fire, on the sole basis of them being Jewish?

Oh, that’s right, the answer is actually blaming this and other terrorism (euphemistically referred to as”extremism”) on Israel. A great lesson for schoolchildren!

Then there’s the fact the body’s professional learning manager, actually defended the answer, saying there would be evidence for it. If he truly believes that, there is little doubt he is an Israel hater trying to impose an agenda on unsuspecting students.

And the body’s chief executive saying “it was not anticipated nor intended that the example … would offend any individual or group”? How can she possibly believe that – are they that clueless?

Make no mistake about it: this is indoctrination masquerading as education. Thank goodness it was identified and acted against. But how many other examples are there that have gone unnoticed?