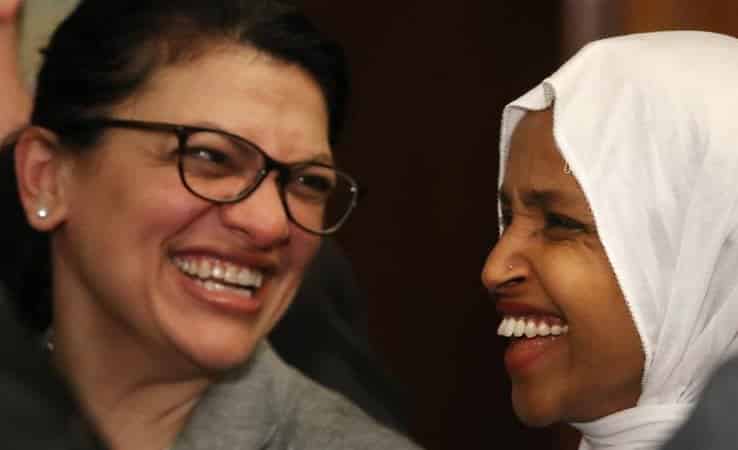 Israel’s decision to bar entry to two US congresswomen who support a boycott of the country is “an outrageous act of hostility,” a senior Palestinian official said Thursday.

“This is a dangerous precedent that defies all diplomatic norms and an assault on the Palestinian people’s right to engage with the rest of the world,” PLO Executive Committee member Hanan Ashrawi said in a statement.

Palestinian Authority Prime Minister Mohammad Shtayyeh said the decision to bar entry to Omar and Tlaib “implies fear of exposing the tyranny of the Israeli occupation to the US public.

“Racism and democracy are incompatible,” he tweeted.

MIFTAH, a Palestinian organization that was set to host Tlaib and Omar in the West Bank, issued a statement saying that Israel’s decision was “an affront to the American people and their representatives” and “an assault on the Palestinian people’s right to reach out to decision-makers and other actors from around the world.”

I have written about Ashrawi’s MIFTAH before – after they published an antisemitic blood libel.

Much of the chatter and gossip about historical Jewish blood rituals in Europe are real and not fake as they claim; the Jews used the blood of Christians in the Jewish Passover …

In other words, these two antisemites were to be hosted by an organization with a history of disseminating antisemitism.

And to those who still believe we should have let them in to Israel because they may have seen things to open their eyes, check out their itinerary: 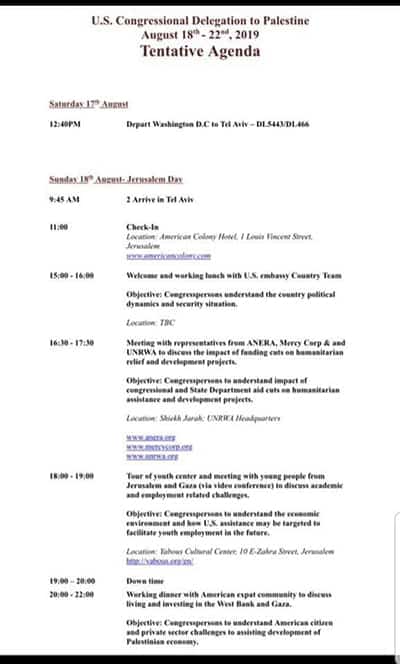 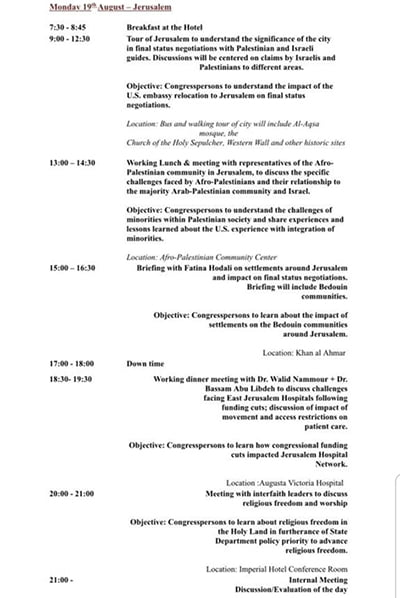 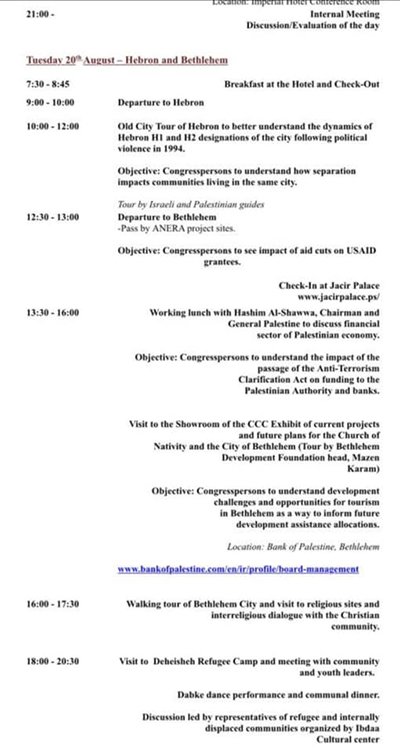 Heck, they could not even bring themselves to mention Israel.