Home Aussie Dave Gazan Flees Hamas and Dies of an Illness. Haters Blame it on...

Prominent Gazan activist Tamer Fathi al-Sultan has died overseas, and as we see so often with palestinian narratives, there are a few versions as to the cause of his death (Hat tip: Michal). 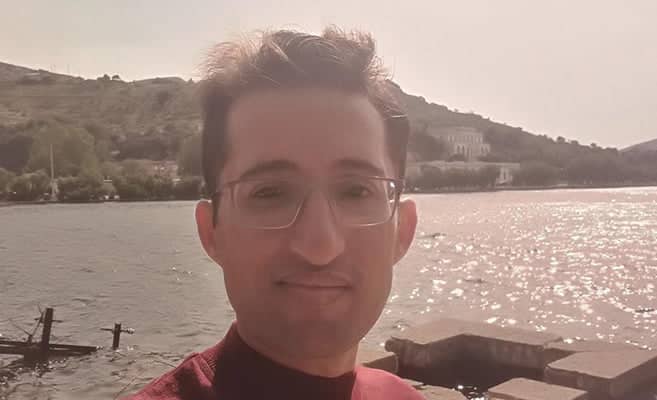 A father of three, al-Sultan is believed to have died of cancer five days after he was admitted to a hospital in Bosnia and Herzegovina, a source in Gaza said. Another source, however, claimed that the man may have drowned while trying to enter Europe, or perhaps was bitten by a scorpion.

I swear, everything with them seems to be a Choose Your Own Adventure.

Also predictable: Even though he seems to have left Gaza because of Hamas

Tamer Fathi al-Sultan, 38, was a staunch critic of Hamas. Sources in Gaza said he was affiliated with Fatah. His friends said he was one of tens of thousands of Palestinians who emigrated from the Gaza Strip in recent years to escape Hamas “oppression.”

“He fled Hamas oppression and died away from his homeland,” said Maher Sulieman, a friend of the activist. “This is a real tragedy, not only for Tamer, but for thousands and thousands of young people in the Gaza Strip who are fed up with the corruption and dictatorship of Hamas. Hamas is the main reason why people like Tamer are prepared to do everything, including leaving their families, to immigrate to another country in search of work and freedom.”

In the past few years, Hamas security forces repeatedly summoned al-Sultan for interrogation or detained him over his activities.

The last time he was summoned for interrogation was earlier this year, when Hamas ordered a crackdown on Palestinians protesting economic hardship in the Gaza Strip. The protests were part of a youth-engineered campaign called “We want to live!”

His decision to leave came a few weeks after Palestinians launched a wave of protests against Hamas and the badly-managed economy. Hamas accused al-Sultan of being one of the organizers of the protests and repeatedly arrested and interrogated him.
Hamas’ rivals in Fatah and other Palestinians called al-Sultan a victim of Hamas repression and corruption.

In a statement on Wednesday, Fatah said that al-Sultan was the latest victim of Hamas persecution and intimidation. “He preferred to emigrate to the unknown to escape the oppression of the dark forces of Hamas,” Fatah said.

Criticizing the Hamas-sponsored weekly protests near the border with Israel, which Palestinians call the Great March of Return, Fatah said that it is “ironic that the result of the Great March of Return has been the emigration of more than 35,000 Gazans in search of a place that protects them from the evil of Hamas and preserves their dignity and life.”

Fatah urged Palestinians in Gaza to “raise their voices” against their Hamas rulers, whom it accused of implementing a scheme to drive out Palestinians.

In a Facebook post in June 2018, al-Sultan referred to the issue of Palestinians who were emigrating from the Gaza Strip and held Hamas fully responsible.

“Some have condemned the emigration of youths, especially physicians, pharmacists and engineers from the Gaza Strip,” he wrote. “This is nice talk, but have any of you thought about the real reason behind the emigration? These young people did not find anyone who wanted to take advantage of their capabilities and skills. Instead, they saw people who were less qualified and less educated than them being employed just because they are the son of a certain [Hamas] leader.”

In his post, al-Sultan also complained about Hamas’s tough measures against Palestinians who take to the streets to demand their rights. These Palestinians, he added, “were assaulted and imprisoned when they went out to demand jobs to provide for their families. Be assured that when Gaza rids itself from this black era, these Palestinians will return to build their homeland.”

the haters are predictably blaming his leaving – and even his death – on Israel.

The Palestinian pharmacist Tamer Al Sultan died while seeking a better life.
Tamer was forced to immigrate from Gaza that has been living under a medieval siege imposed by Israel to seek a better life in a journey that led to Tamer's death.#IsraeliCrimes#BDS#TheGazaVoice pic.twitter.com/bZEylAgZOl

Must be nice to always have a scapegoat.