Bernie Sanders has proudly tweeted a video of Linda Sarsour endorsing his candidacy.

"I would be so proud to win, but also to make history and elect the first Jewish American president this country has ever seen and for his name to be Bernard Sanders." –@lsarsour pic.twitter.com/INPRlvmMur

But she’s laying the whole “I would love a Jewish President” thing on a bit thick, wouldn’t you say? She may as well being say “Some of my best friends are Jewish.”

P.S Linda, did you know Bernie considers himself a Zionist and believes in the right of Israel to exist?

And Bernie, did you know Linda is an antisemite who thinks Zionists are creepy, compares them to White Supremacists, and does not believe in the right of Israel to exist?

“You scratch my back and I’ll scratch yours”? 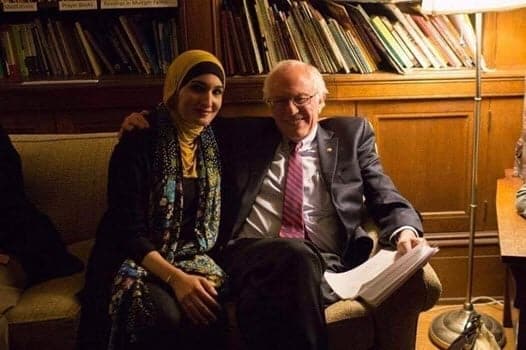 Either way, I hope this results in Sanders getting a real a$$ whippin’ in the primaries.