Yesterday, on the 18th anniversary of the September 11 terror attacks, the New York Times decided in their infinite wisdom to tweet the following: 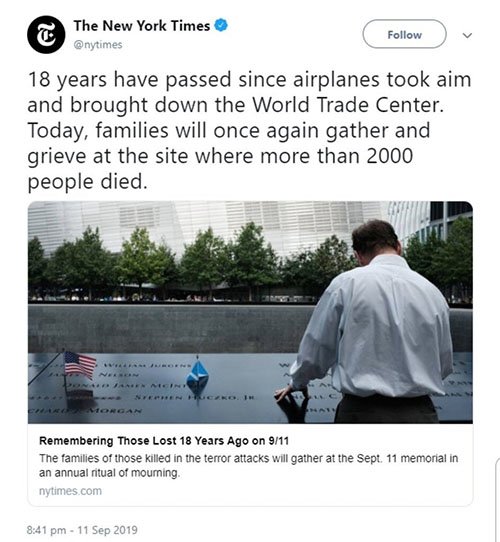 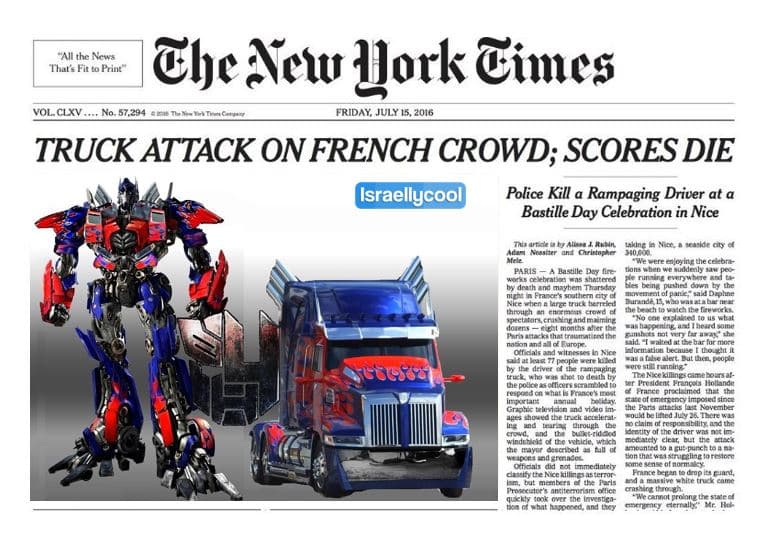 Alternatively, the New York Times are up to their old tricks again.

Following a justifiable backlash, the New York Times deleted the tweet. In their infinite wisdom, they replaced it with this one, which again took the Voldemort approach to ascribing blame to the perpetrators of these attacks. 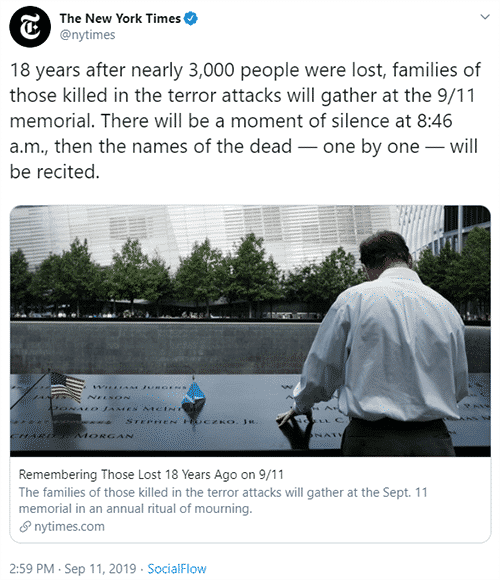 No New York Times, nearly 3,000 people were not lost. They were MURDERED by ISLAMIC TERRORISTS.

You know what has been lost, though? Your journalistic ethics. There was a time you actually did report accurately and objectively. Alas, that was a long time ago, in a galaxy far, far away.