In a clearly antisemitic attack on September 11 of all days, the Baba Sale Congregation in the Fairfax district of Los Angeles was defaced with “Free Palestine” graffiti.

After prominent Israel advocate and philanthropist Adam Milstein tweeted about it

#Jewish Synagogue tagged with #Antisemitic graffiti in Los Angeles by BDS activists. BDS is the 21st Century #Antisemitism, it radicalized all other extremist movements, promotes violence against Jews and resembles the Nazi methods to boycott The Jewish people. pic.twitter.com/Ue9zB7hBym 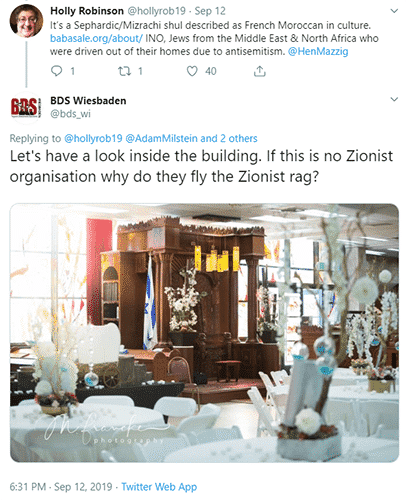 And then doubled down

But BDS Wiesbaden were just getting warmed up in showing their own antisemitism, demonstrated by tweets disparaging Jewish belief

(although they do seem rather confused)

Comparing us to Nazis

Claiming we worked with the Nazis 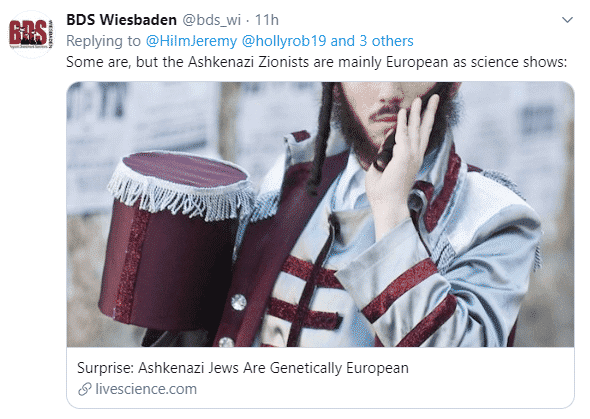 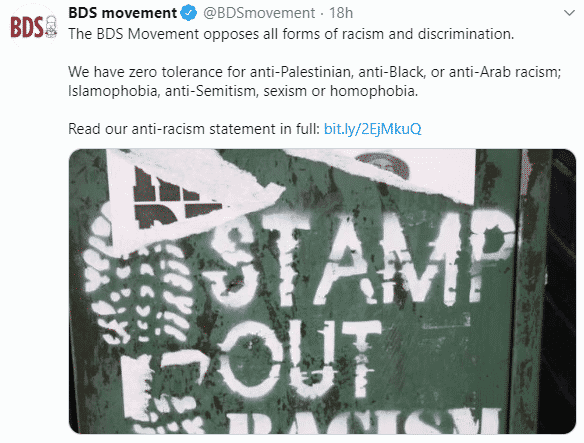 Yet further proof that BDS, on top of being terror supporters and collaborators, is an antisemitic movement.