No, You Are Not a Peace Advocate Either, Fred Maroun

Within the context of Israel Arab conflict and dispute over the ownership of Eretz Israel, I have always held that advocates of Israel whose support of the country are not anchored on inherent rights of the Jewish people to the land based on indigenous ownership rights, national and legal claims, are standing on shaky grounds and can be prone to flounder. The above rights are imbued with truth, justice and fairness and they are also the standard practice observed worldwide as people move for national self determination.

I have come across individuals whose support for Israel in this conflict are mostly based on religious injunctions, Israel’s liberal democracy, its tolerance of LGBTQ, making deserts to bloom, innovative products that benefit mankind, respect of human rights compared to its neighbors, a safe haven for Jews against antisemitism, ally of USA, etc. While all the above and more are good reasons to support Israel, they should be secondary and not the root one for advocating for Israel so long as its rights to the land is concerned.

If it happens to be that tomorrow, one changes his religion, Israel becomes non democratic and starts outlawing LGBTQ, its innovative industries dry up and another country starts treating Jews like queens and kings and it breaks ties with USA, it might then mean that the Israeli advocate whose support of Israel’s rights to the land is based on the secondary reasons could stop supporting it and switch to Palestinians or stand neutral. 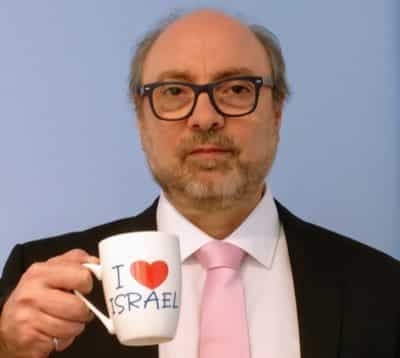 A typical example of the above point in operation is the recent disavowal of supporting Israel by Fred Maroun. Sometime ago, I had read an article written by Fred which he tagged “Self Defeating Argument of Zionists.” In that article, he opined that supporters of Israel who base their support of Israel on ideological concepts are wrong and are presenting a self defeating argument. He did not have a problem with Israel’s detractors making their case based on ideologies like human rights, indigenous rights, truth, morality, justice, etc which appeal to the man on the street to support BDS and vilify Israel, but he will have issues with Israel supporters presenting ideological basis for Israel’s existence to counter BDS and talk to the heart of the same man. He would be happy if only Israel supporters can concentrate on presenting pragmatic arguments that appeal to the diplomat and not the man on the street. He threatened that toeing the ideological path will make the “few” supporters Israel have to disappear. I had felt then that such a patronization is no support at all because Israel has every accepted right to be in its territories from the Jordan river to the Mediterranean sea and there is no apology in that.

In the recent article by Fred, he said that he has been neglecting the sins of Israel and was only extolling its virtues as its advocate. He continued with saying that he naively believed that Israel was out for the resolution of the Israel-Arab conflict fairly but that with what he is presently observing, he no more believes that. Because of the above, he felt that he should rather be a peace advocate and as such, he will be recognizing the virtues and faults of both actors in the conflict for it to be understood.

Fred stated that the root of the conflict is that Eretz Israel which he called “Israel/Palestine” is the land of two peoples, the Jews and the Palestinians, but so far, these two peoples have not found a way to co-habit in peace.

I beg to completely disagree with Fred. He is wrong on so many levels.
Firstly, the root of the conflict he opined is wrong. Truth be told fair and square, the Jews are the only people still existing as a cohesive unit apart from the tiny community of Samaritans who can claim any recognized right of ownership to those territories. The Palestinians as a people do not possess any…….nada, zilch.
How?

The Jews have indigenous ownership claims over the territories. The Palestinians do not.

The Jews have national claims of ownership over Eretz Israel as they are the only people still existing as a tangible cohesive unit to have formed their independent and sovereign nation on that land. Every other still existing group of people to have been there are either foreign empires or those they used to effect their colonization of the land and who never owned it nationally. So the Jews are the ones with national claims to the land. The Palestinians do not have that. Empire claims have no legitimacy so the different empires who occupied and colonized it has no right there either.

Based on the provisions of international law as specified in article 95 of the Treaty of Sevres when the Ottomans gave up the land and Mandate for Palestine document, the Jews are the ones with legal title of national ownership over the territories from the Jordan river to the Mediterranean sea. The Palestinians do not have that. Their then prior to 1922 existing people in that land were given only civil and religious rights………not political and not national. This civil and religious rights are also not for the myriads of them who flooded the land after 1922 as illegal immigrant workers and Mujahideen.

I have read of people claiming that Palestinians have right of long time presence but there is nothing like that. That one lived for long in another person’s property as a tenant does not give him right of ownership of the property. Also that a group of colonizers lived for long on lands of colonized people without establishing their own independent nation on it does not give them ownership rights. This is exemplified when people get independent and run off colonizing empires and their colonizing fodder as found with Pied Noir in Algeria, French people in Vietnam, Germans in western Poland, foreign colonizers in many African nations, etc. Fred Maroun was wrong.

He was wrong to claim that Israel is occupying a Palestinians and their lands. This is because the Palestinians have zero claims of ownership over any territory there for them to say that their lands are occupied. Based on the definition of occupation by article 42 of the Hague Regulations of 1907 and the heading of section 3 of that law where that definition is gotten from, one cannot be occupying his own territories. Israel is the entity with legal, national and indigenous ownership of the whole territory from the Jordan river to the Mediterranean sea so it could not be occupying any one’s anything there.

Based on the provisions of international law as specified in article 6 of the Mandate for Palestine document, Jewish communities established in Judea Samaria are legal. It is the provisions of law that determines the legality of situations and not political statements and non binding resolutions from UN. The UN has lost its legitimacy as an impartial body. Because of the Arab oil blackmail and voting bloc of about 66 members of the OIC nations, the UN accepted the Arabs narrative and are now stuck with it. They now continue piling political pressure against Israel to become a scapegoat for their mistakes. They do not care whether their resolutions against Israel violate the UN charter or international law.

Actually, the right word is that Israel is moving to apply its laws to its communities in Judea Samaria and stop running it under the state of emergency regulations used to govern Judea Samaria because of the peculiar problems found there. It is not that Israel is annexing the land because a nation cannot be annexing its own legally owned territories.

So far as I know, Israel is not denying the Palestinians rights of self determination. It is only saying that such self determination should not be to its own detriment and losing its territories for such. The Palestinians can have a self determination but it should not be done on lands that belong to the Jewish state of Israel. They are welcome to go do that on the myriads of hectares of Arab lands in the Middle East. They have vast territories in Jordan given them during the Mandate years and they have Sinai too to effect such if they are serious.

Israel is not a colonizer. It is not seeking to take other people’s lands. It is developing its own territories it owns indigenously, nationally and legally under the provisions of international law. It is actually the Palestinians who are acting as colonizers as they are the Arabs point tactical and political weapon deployed since 1964 to steal Jewish territories because the Arab armies could not win militarily as their leader, Zuheir Mohsen, already stated in 1977 to the Dutch newspaper called Truow.

No one has any right to force the two state thing to the Jewish state in its lands of Eretz Israel. There is already a two state solution offered on the land. By 1922 when the Arabs were against the creation of the Jewish state on both sides of the Jordan river earlier agreed by them through their leader, Emir Faisal, the Jews accepted a two state solution on the land and Jordan (77%) was carved out of that historic Palestine as an Arab state leaving the remaining 23% for the Jews. It is the zenith of greed and injustice to take another part of the tiny Jewish 23% and give again to the Arabs.

The UN and the Arab nations created this anomaly called a Palestinians. They should solve it and it shall not be to Israel’s detriment. If they want to be fair and truthful, they should find the funds and resources and then resettle the Arabs who cannot prove that their ancestors have been on the land prior to 1922 back to where they came from. That will be in tandem with provisions of international law which specified that Jews are the ones to immigrate into the land. Yes, there could be disruption of life but it will soon wear off. It’s better than trying to force Israel into becoming a scapegoat for their mistakes.

Peace does not have to come only when Israel gives up its own territories. Giving up territories is not the definition of peace. Peace will come when truth, justice and fairness is seen to be applied to a case. Forcing Israel to give up its territories is unjust and unfair and has no bearing to peace. Those forcing Israel to give up its lands are not looking for durable peace and cannot call themselves peace advocates.

Fred Maroun is no supporter of peace either, apart from being a non advocate of Israel.

Emeka Paul is a Nigerian Zionist and author of the book "The Longest Prejudice."