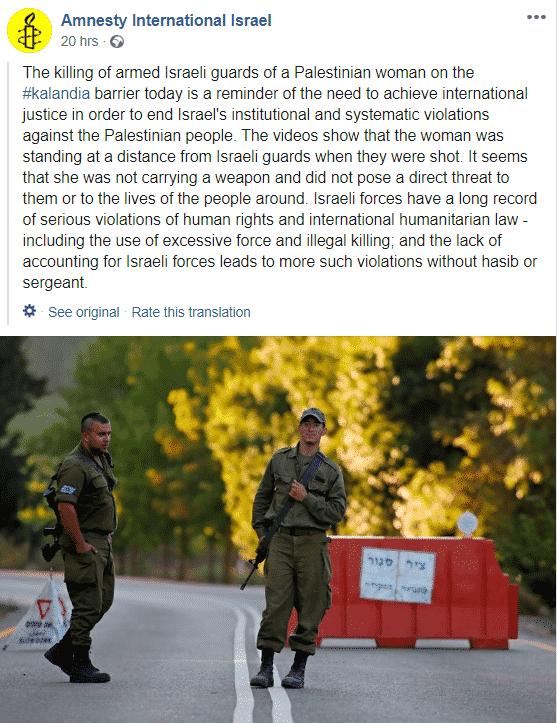 The videos show that the woman was standing at a distance from Israeli guards when they were shot. It seems that she was not carrying a weapon and did not pose a direct threat to them or to the lives of the people around.

It is interesting that their post includes some photo, not of the incident itself, and does not show the readily-available footage of the incident, which has even been posted by many fellow Israel haters.

Notice how when she is shot, something falls to the ground, which is subsequently kicked away by one of the approaching soldiers.

This is that something:

Yet another example of how Amnesty International likes to stick the proverbial knife into Israel.