A “palestinian American” named Alexandra Halaby, calls herself a “political organizer, broad coalition builder” and US Spokesperson for the anti-Israel propaganda Twitter account Days of Palestine.

Oh, and she is part of the #BernieSquad.

Earlier today, she tweeted this about her cousin (hat tip: Michele) 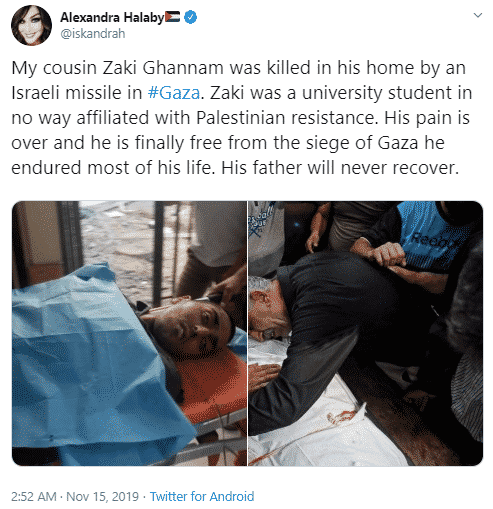 Memo to Alexandra Halaby: if you are going to lie, at least make sure the evidence of your lie is not readily available for all and sundry to see.

Palestinian Islamic Jihad confirms the death of one of its northern branch militants, Zaki Adnan Mohammed Ghannam. He was killed by an IDF airstrike earlier today. #Gaza #Israel pic.twitter.com/grdrSifdJm

When confronted with this inconvenient fact, Halaby did not exactly deny it 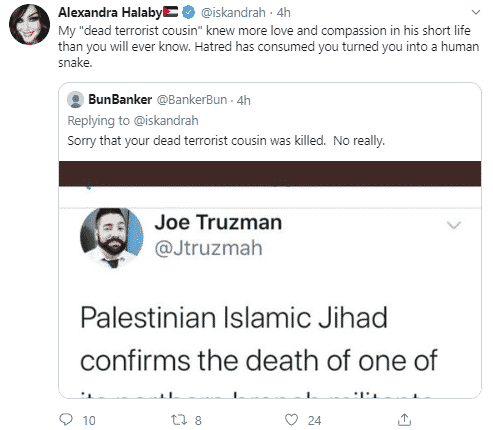 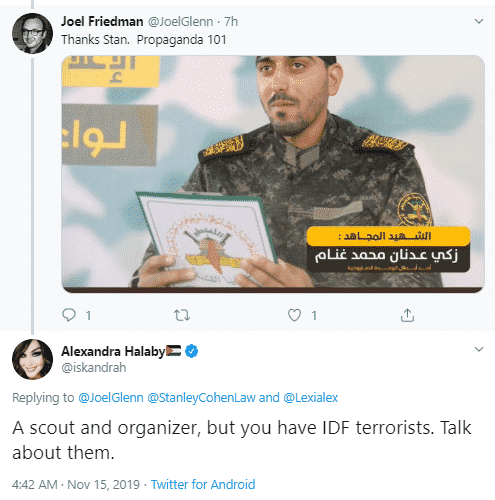 And the lying does not stop there. Apparently this vile person does not go by the name Alexandra Halaby, but rather Alexandra Whitney 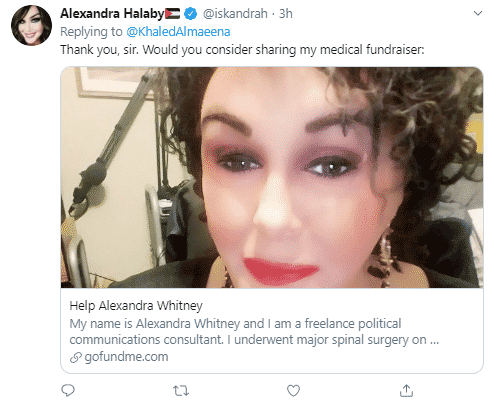 And she has not exactly been honest about her appearance either

It seems she is good at putting lipstick on a pig in more ways than one. 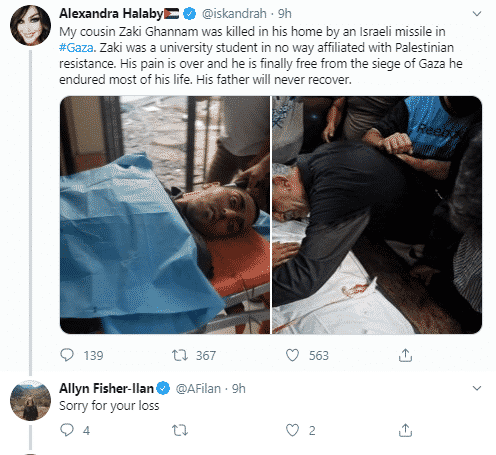 Update: It gets even worse.