We already know that transtisemite Alexandra Halaby/Whitney is a shameless, terrible liar. The question is: is she lying about an illness to solicit GoFundMe funds from her Twitter followers.

Halaby claims to have cancer and has been tweeting about it, along with a link to her GoFundMe. 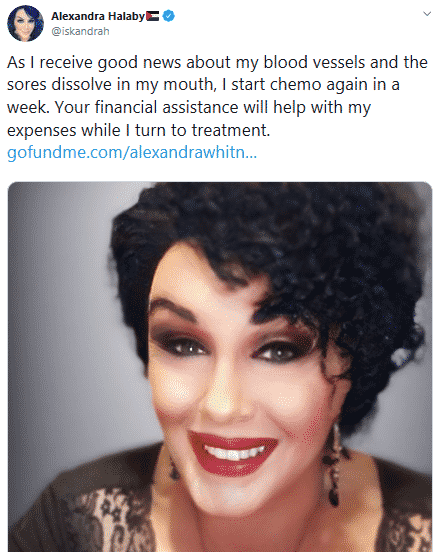 Eagle-eyed tweeter Michele, who has a medical background, noticed something in this tweet of Halaby’s from a day or two ago: 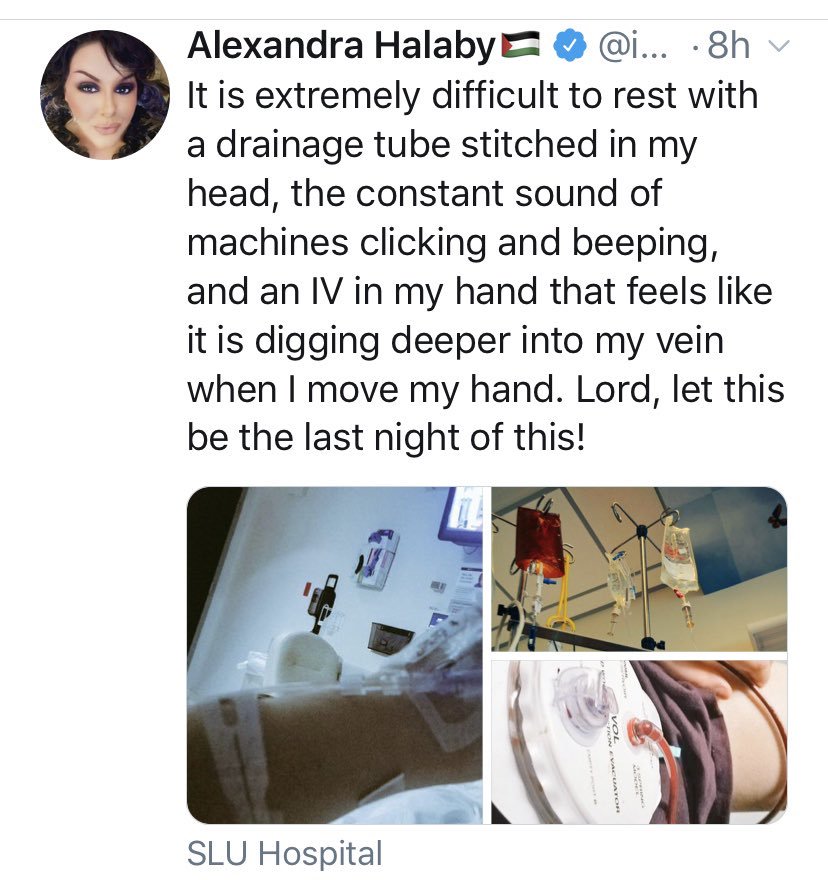 Michele notes that the picture depicted is a wound vac on a someone’s thigh – not something one would use after a spinal tap, as Halaby has claimed. 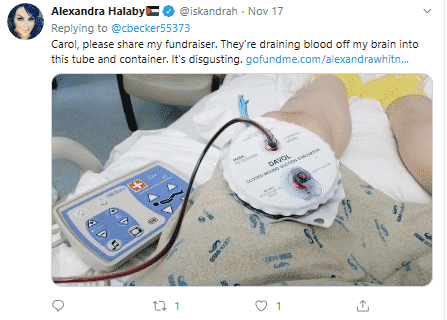 And there’s more. Michele zoomed in on one of the photos in the tweet and noticed another discrepancy. If you look at the date on the dry/erase board it says 2/20. Michele notes that when you’re in the hospital nurses change the date daily. 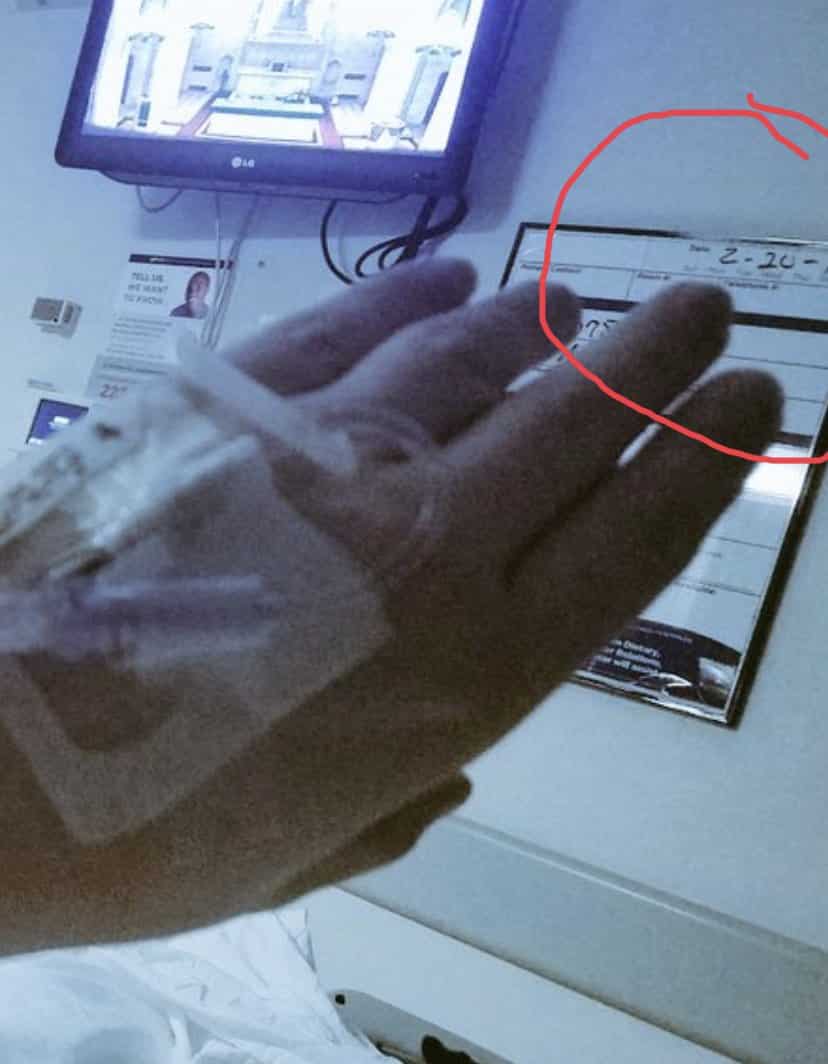 In other words, the photo was not taken within the past few days, as Halaby was claiming.

This is confirmed by a Google search showing she posted the same hand photo in June. 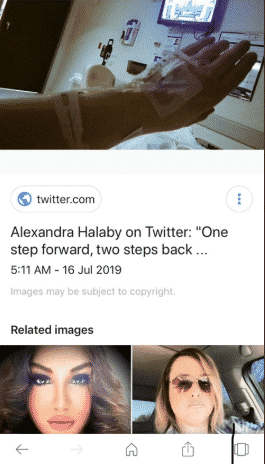 Halaby has since deleted the tweets, I assume after Michele tweeted the discrepancies and alerted GoFundMe as to this potential fraud.

It is not clear whether or not Halaby is lying about having cancer to begin with, but it does seem that she is lying at least about the severity of her current condition. If our suspicions are correct, it does not get much lower than this – although we are speaking about someone who lied about her Islamic Jihad cousin not being a terrorist.