My friend Jason was recently in India and bought this old Life magazine in an antique store, because he loved the cover. 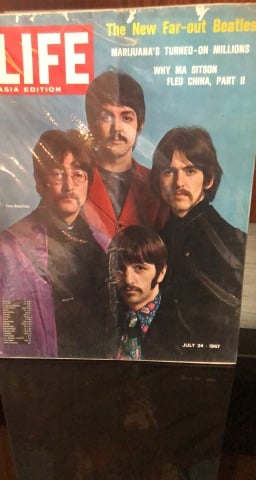 Unbeknownst to him, when he started reading it, he found one hell of a prize – related to the date of this edition. 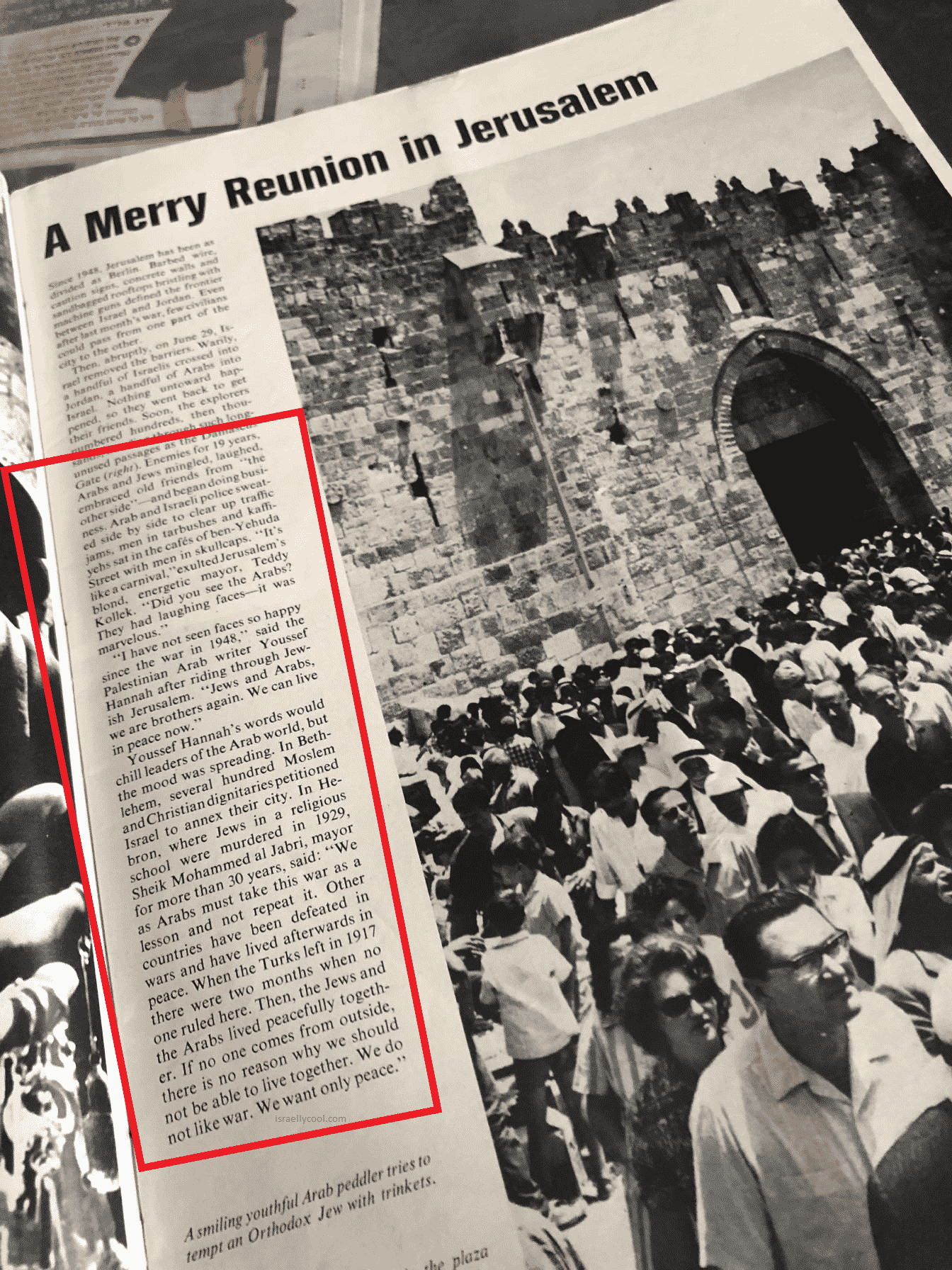 This article, dealing with the aftermath of the Six Day War, mentions some things most, if not all, of us were not aware of – not only were Arabs and Jews getting along and really happy about Israel liberating the lands previously captured by Jordan, but Muslim and Christian dignitaries in Bethlehem petitioned Israel to annex their city, and the mayor of Hebron expressed his desire for peace and warned the other Arab countries to leave Israel alone!

This is mind-blowing – mind-blowing because it flies in the face of the lies we have been fed by the mainstream media and, of course, the haters.

Yesterday, all our troubles seemed so far away…