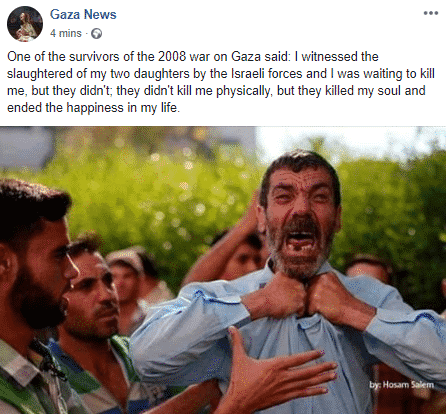 While I know the IDF does not go around “slaughtering” people, let alone kids, there is something else off about this post: the photo does not fit the story. Other sites have the crying man as the father of one of four boys killed in the 2014 Gaza war beach bombing incidents. 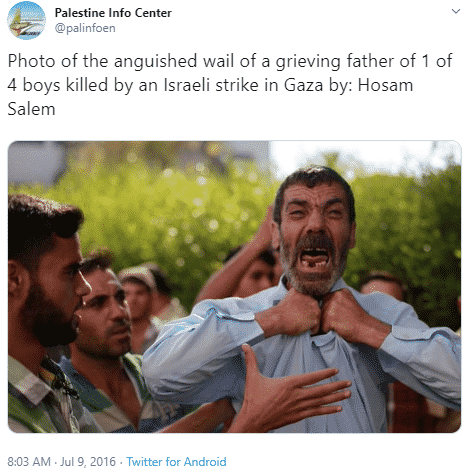 Of course, the person behind the Gaza News post knew this, yet tried to manufacture a new, unsubstantiated story around the photo. Why not reuse a photo for maximum effect, especially when lying is a main weapon in your arsenal?

I should also mention that regarding the Gaza beach incident, an Israeli internal investigation cleared the IDF of wrongdoing since the boys had been mistaken for Hamas terrorists preparing to attack Israeli forces. A UN Commission report found that the IDF had failed to take the appropriate precautions stipulated by the rules of protecting civilians in a conflict, but there was no suggestion the boys were slaughtered or somehow deliberately killed.