Old and busted: Batman vs the Joker

New hotness: Batman vs the joke of an organization 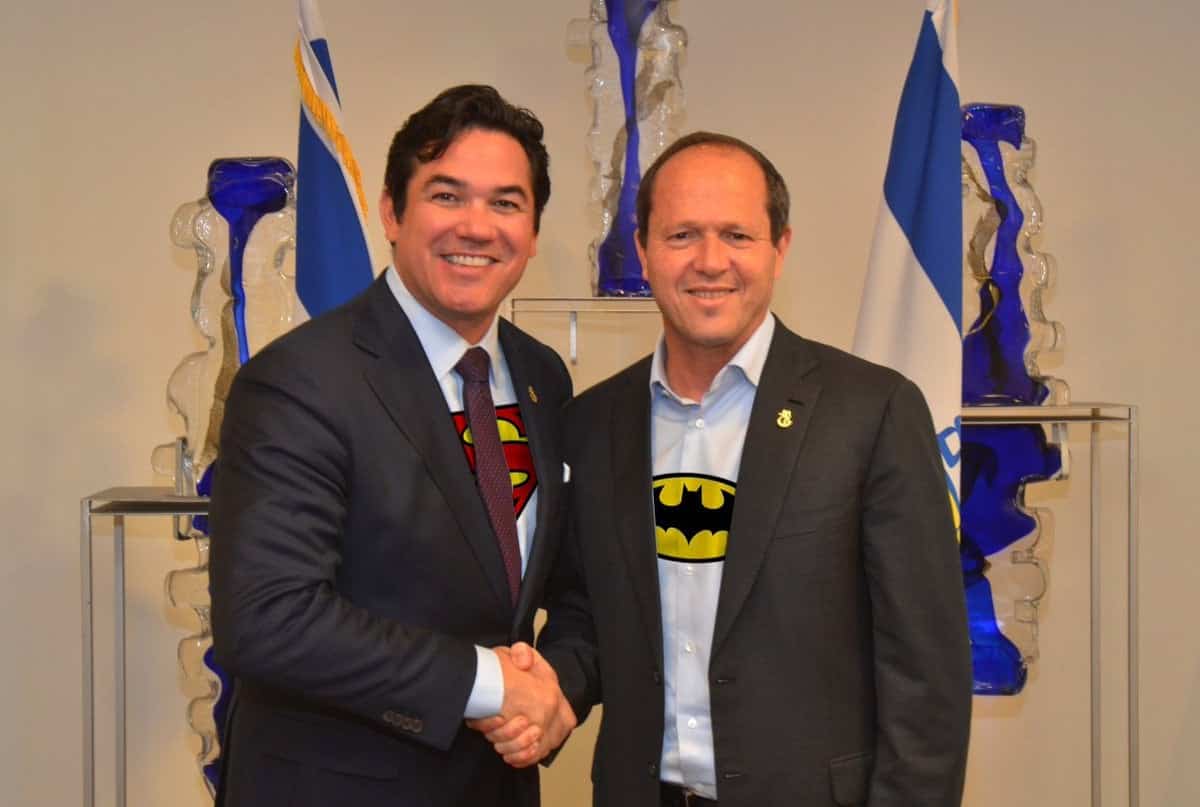 Former mayor of Jerusalem and Likud MK Nir Barkat has proposed a bill calling for the end of the United Nations Relief and Works Agency (UNWRA) services for Israel’s Arab residents by January 1.

The bill “aims to exercise the sovereignty of the State of Israel and implement Basic Law: Jerusalem, the capital of Israel,” it states. “UNRWA will cease to have representation, provide any service or conduct any activity in Israel. UNRWA will not open or operate a mission, provide services or hold a meeting or activity in the States of Israel – directly or indirectly.”

It also calls to end UNRWA’s involvement in some of Jerusalem’s Arab educational institutions by the end of June 2020.

Basic Law: Jerusalem, enacted in 1980, names “Jerusalem, complete and united” as Israel’s capital, defining greater Jerusalem as “the Historical Basin and the rest of East Jerusalem, taken over from Jordan during the 1967 Six Day War.”

A spokesperson for Barkat said the bill would apply only to east Jerusalem and not to Palestinian territories in Judea and Samaria.
“UNRWA explicitly encourages incitement against Israel and attacking our citizens,” Barkat said, citing the discovery of UNWRA school texts that glorify terrorists and support antisemitism. “UNRWA facilities are also known to be terror bases in Gaza that store missiles used against Israeli civilians.”

Barkat had been working toward replacing UNRWA with municipal services in the city in the time he was in office, 2008 to 2018, said his spokesperson. Today, as a result of Barkat’s initiatives, less than 2% of the Arab population in Jerusalem receives UNRWA services.

The issue gained urgency for Barkat this month after the UN on November 15 voted to extend UNRWA’s mandate until 2023.
Some 170 countries voted for the extension. Only the Untied States and Israel voted against the resolution.

“UNRWA’s continued existence is increasingly irrelevant but also harms the very interests of the people it was founded to serve,” Barkat said. “UNRWA provides poor service and supports the idea that the Arab population should always be treated as refugees whereas we know that in Jerusalem there are no Palestinian refugees, only residents with the same rights as any other resident. This significantly damages any hope for a better future for that community and our region, and we need to ensure that the agency closes its doors in Israel once and for all.”

Could we be witnessing the future Prime Minister of Israel?