Israeli television and other outlets like JTA reported that Walmart is coming to Israel. 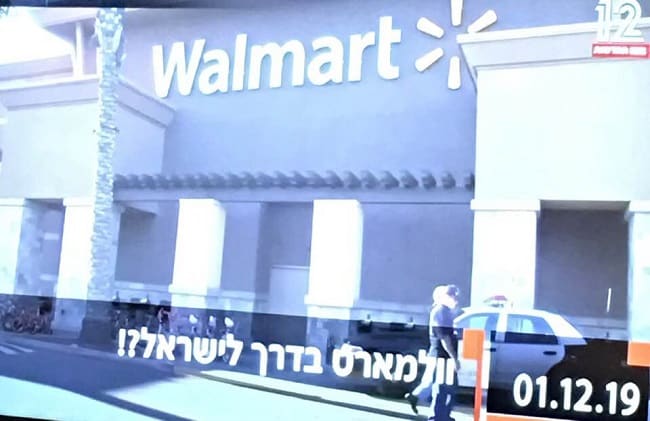 The company has been posting job listings on LinkedIn in recent weeks looking for cashiers, food handlers, pharmacists, and merchandise stockers in Jerusalem, the business website Calcalist reported.

Calcalist reported last year that representatives of Walmart visited Israel to look into the possibility of opening a branch in the country.

The news was fueled by Walmart posting on LinkedIn for jobs based in Jerusalem,  including cashiers, pharmacists and warehouse workers.

But Walmart denied they were coming to Israel, telling the Calcalist website that the jobs were actually for Jerusalem, Illinois

However there doesn’t seem to be such a city.

In a later email to Calcalist, Walmart’s spokesman suggested that the several dozen Linkedin listings, which appeared to specifically target Israeli users, were in fact for jobs in the Illinois towns of Zion and Salem.

“We are working to clarify the discrepancy,” the spokesman said.

The speculation caused the stock of major Israeli supermarkets, including Shufersal and Rami Levi, to dip. Shame it did not have that affect on their product prices.