Call Me Obsessed; At Least I Stand Up For Israel 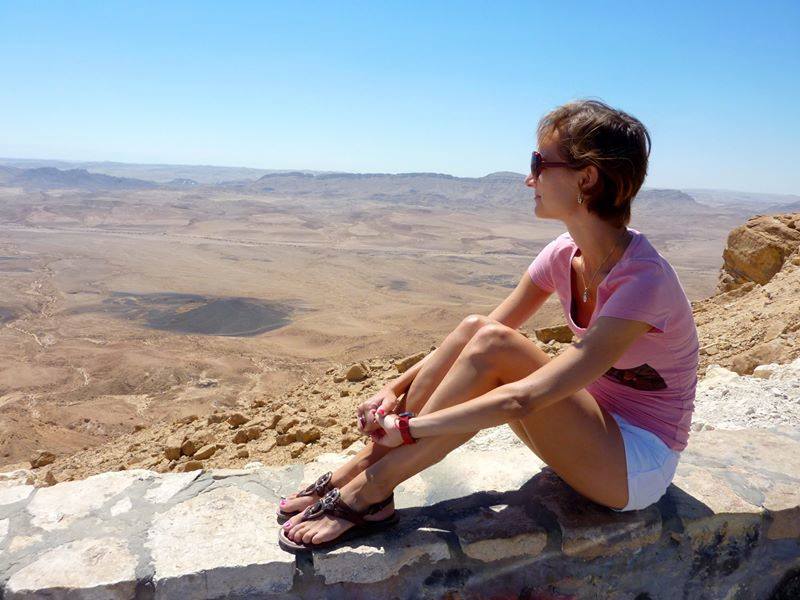 Am I obsessed? This is something I do take the time to ponder on – mainly when someone sends me a message “Why are you obsessed with being like a Jew?”
Am I?
First, obsession is a negative word. You know the one we use for the UN and how it is obsessed with Israel.
Second, sure there are things on my mind that continuously preoccupy me or take the lead in my life. I call that PASSION.
I was in love with a Jew. With an ISRAELI Jew for almost 7 years. Such as most of the things in life, we all have a trigger that makes us stop or start a journey.
My love towards this man opened up new territories in my life. He introduced me to Israel and all its beauties. He introduced me to the Israeli music, culture, food and words like ‘combina’ or ‘freier’. And of, course, ‘alek’. All are pretty useful – so I advise you to pick these up and use them wisely.
His influence, however, stopped here.
He was not the one who made me want to understand what Zionism is or how my background created this bubble of stereotypes in me.
He was also not the one who made me give up everything and come to the U.S. and do an MA in Jewish studies.
He was not the one who went on rallies for his country, argued with the supermarket owners in Belgium who hid the Israeli flag in the international food section.
He held my hand while I did all this, but it was not because of him or for him.
Meeting him and loving him introduced me to something I had no awareness of before. The rest is something much deeper.
“Why are you obsessed with being like a Jew?” – back to the question I received yesterday.
Now that we clarified my take on the obsession part let’s turn to the “Being like a Jew”.
If anything, I am being like an Israeli.
I listen to Israeli music, I am dying for Israeli food, craving the company of Israelis, and hoping to nail Hebrew in this lifetime.
I am me.
I am not pretending to be anything.
I do me. And “being like an Israeli” gives me what I need in life.
I am a pretty self-aware person. So I dug deep enough to understand the psychological why-s for my liking of Israelis.
It has a lot to do with the concept of chutzpah – if you would want me to sum it up.
I am also “being like a Zionist”. True dat.
I take pride in being a Zionist. I take pride in common sense. I take pride in moral and intellectual honesty.
As for “being like a Jew…”
I was 6 years old when someone told me I’d have a tough life as I look like a Jew. Let that sink in.
I only understood that sentence a few years ago. It’s deep shit.
While being passionate with being like an Israeli or Zionist are things I take full responsibility for, being “like a Jew” is so much more complicated.
Judaism is something that I am exploring as a kid who tastes food for the first time. And slowly I realized that when I have a tough day, I look for Jewish wisdom for guidance.
I know that one day I’ll have a family of my own and each Shabbat will be a big open-door Shabbat.
Yes, sometimes, being a Jew would make my life easier. Sometimes…when a guy tells me he cannot date me because I am not Jewish. Sometimes…when I feel between two communities and not fully belonging to either.
But such as I did not plan on “being like an Israeli or a Zionist” …sometimes we just need to have FAITH in the process.
And in the meantime, I’ll continue learning Hebrew, eating jachnun, and carrying my Zionist pride wherever I go.
If that makes me obsessed – let that be your judgment.
I’d still call it PASSION. Something that I am grateful for…as I have something in life that is larger than me…and that is what’s worth living for.