Palestinian Students Get Their Hitler Salute On

Quds News Network have posted this photo on their Arabic page: students marking the 52nd anniversary of the establishment of terror group Popular Front for the Liberation of Palestine (PFLP) at Birzeit University in Ramallah (hat tip: Michal). 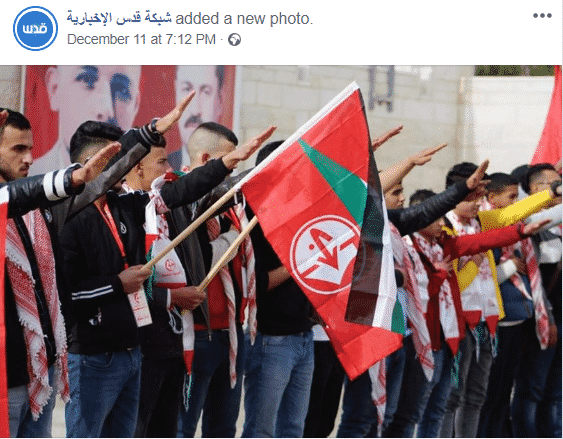 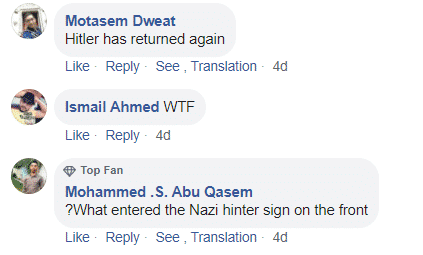 I fully expect them to take down the photo (hence the screenshot), because they really don’t want the world knowing that their terrorism comes from a place of Jew hatred, not a mere territorial dispute.

But too late. Let’s make this go viral.