Remember Lara Kollab, the Jew-hating doctor who, among other things, tweeted she would purposefully give Jews the wrong meds? The last we heard from her, she had requested a hearing before the State Medical Board of Ohio after it made it clear it intended to discipline her.

Her hearing is to take place in May 2020, but here’s the priceless thing: if you look up her license on the State Medical Board of Ohio website, this is what you see: 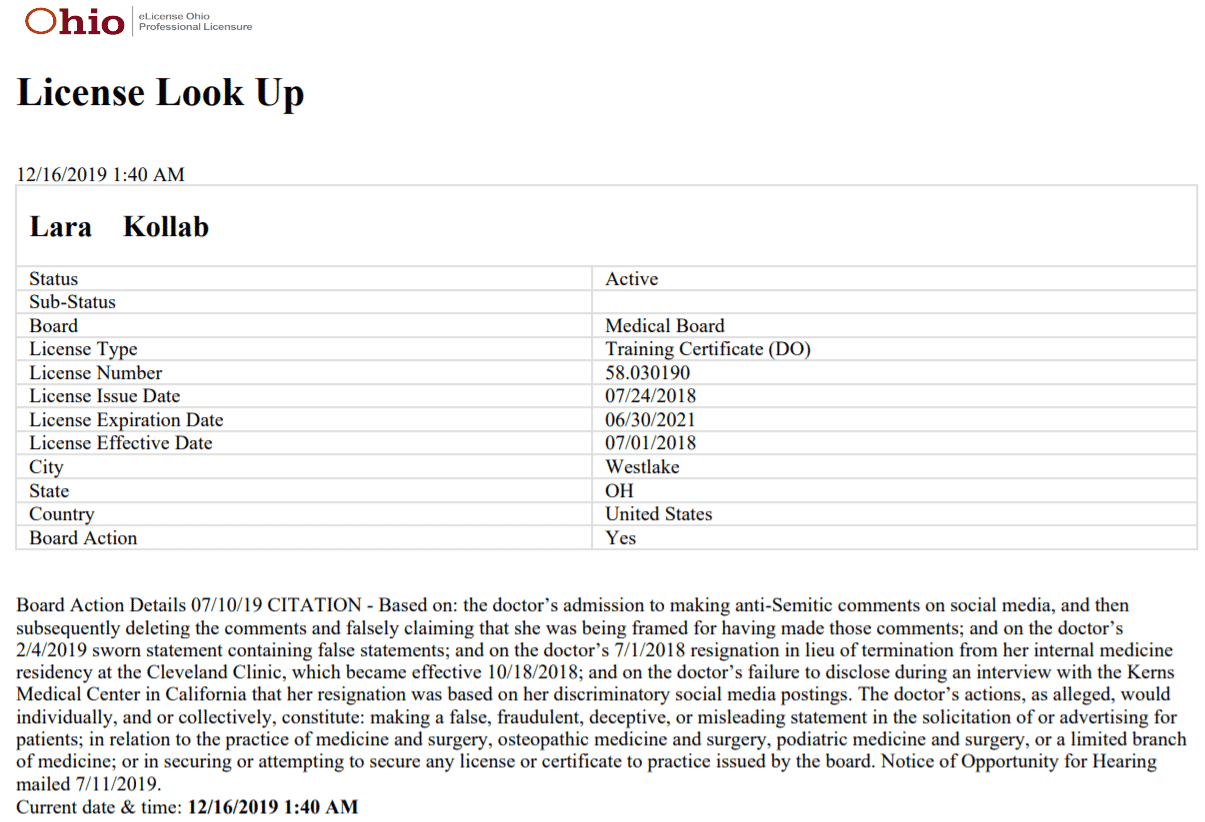 07/10/19 CITATION – Based on: the doctor’s admission to making anti-Semitic comments on social media, and then subsequently deleting the comments and falsely claiming that she was being framed for having made those comments; and on the doctor’s 2/4/2019 sworn statement containing false statements; and on the doctor’s 7/1/2018 resignation in lieu of termination from her internal medicine residency at the Cleveland Clinic, which became effective 10/18/2018; and on the doctor’s failure to disclose during an interview with the Kerns Medical Center in California that her resignation was based on her discriminatory social media postings. The doctor’s actions, as alleged, would individually, and or collectively, constitute: making a false, fraudulent, deceptive, or misleading statement in the solicitation of or advertising for patients; in relation to the practice of medicine and surgery, osteopathic medicine and surgery, podiatric medicine and surgery, or a limited branch of medicine; or in securing or attempting to secure any license or certificate to practice issued by the board. Notice of Opportunity for Hearing mailed 7/11/2019.

That’s quite a laundry list. Good luck finding a job!