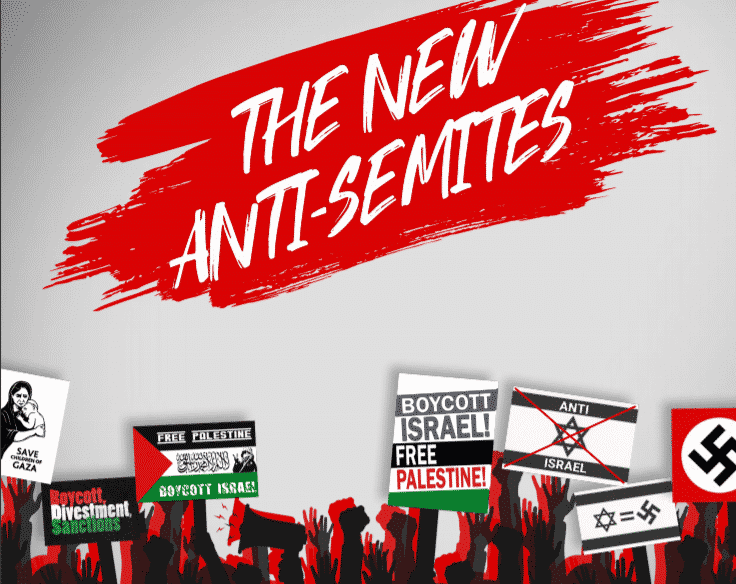 The Zachor Legal Institute and StopAntisemitism.org have released a damning new report that exposes the BDS faux ”civil rights” movement for what it is – a delegitimization campaign with genocidal aims, rather than the human rights movement that it purports to be.

Backed by a staggering 23 Jewish and Christian American non-governmental organizations, this report shows how hate groups on the Left and Right are joining forces, with the backing of designated foreign terror organizations, to inject this movement of intolerance and delegitimization into social justice campaigns, schools, government and society as a whole.

It is a long read but it is a vital resource in understanding exactly what we are dealing with. (I have dealt with some aspects of this phenomenon on this blog, but this report is next level).

And mark my words: the haters are going to be pushing back hard against this report because it exposes them for the world to see.

Update: Like clockwork. Here is one Israel hater by the name of Lara Friedman embarking  on an unhinged Twitter rant claiming the report is indicative of a conspiracy to end free speech. 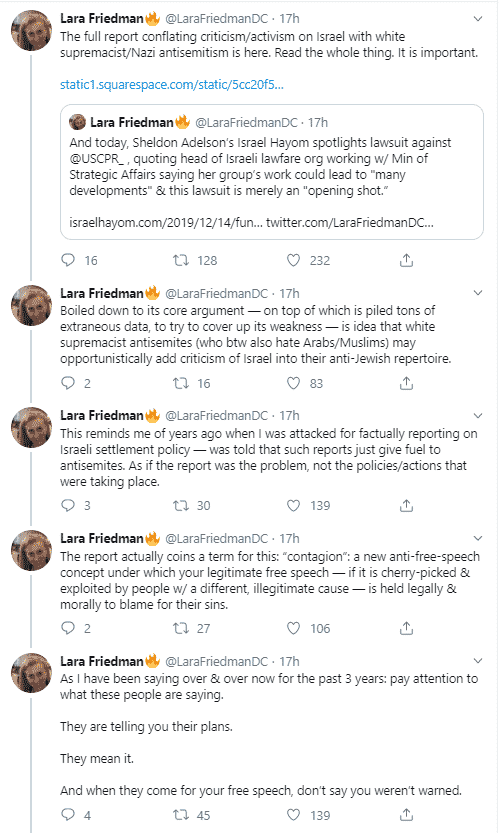 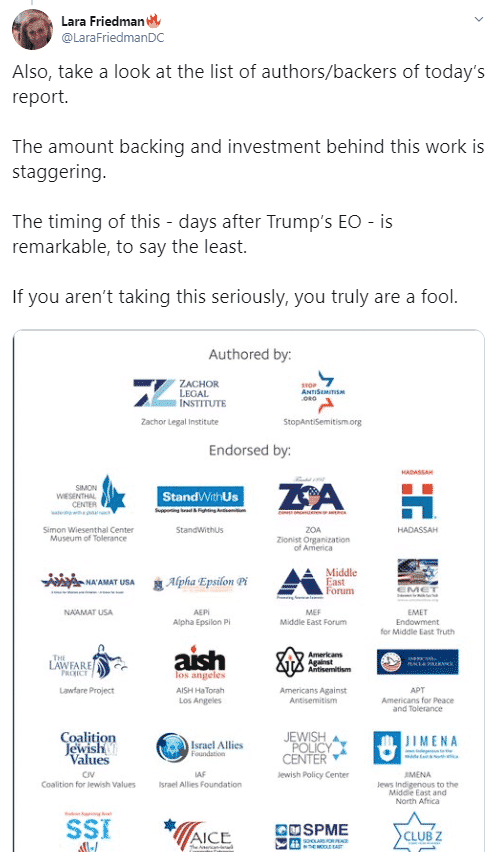 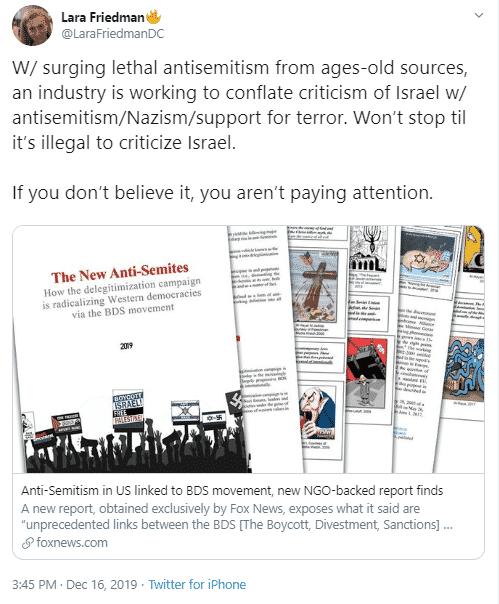