That Time Linda Sarsour Felt “Hurt” By Capture of Mass-Murderer

Twitter user Claire Voltaire has reminded us* of another disturbing Linda Sarsour quote from the past, this time regarding Saddam Hussein’s capture in 2003: 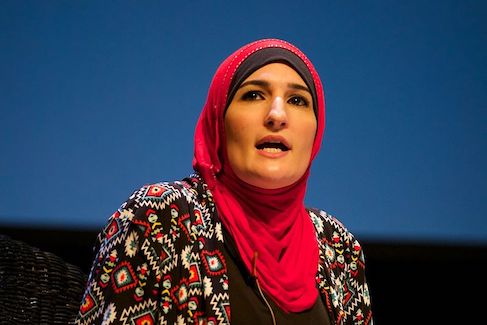 Linda Sarsour, who is American-born and of Palestinian descent, said many Palestinians viewed Hussein as a hero because he steadfastly supported Palestinians in their struggle against Israel. She and other Palestinian New Yorkers felt humiliated by the way Hussein was caught and shown, disheveled and pathetic-looking, on international television, Sarsour said.

“I think he’s done a lot of things he shouldn’t have done, but I was hurt.

My Arab pride was hurt,” said Sarsour, 23, of Bensonhurst. “Palestinians are under so much oppression and no other Arab country ever helped them.”

So the capture of a dictator notorious for the torture and murder of hundreds of thousands of people, for severe violations of human rights including secret police, state terrorism, torture, mass murder, genocide, ethnic cleansing, rape, deportations, extrajudicial killings, forced disappearances, assassinations, and chemical warfare, made Sarsour feel “hurt.” And the aforementioned atrocities? “A lot of things he shouldn’t have done” (Ilhan Omar would approve this message).

What’s interesting also is that Sarsour has subsequently admitted to Saddam’s horrendous crimes. 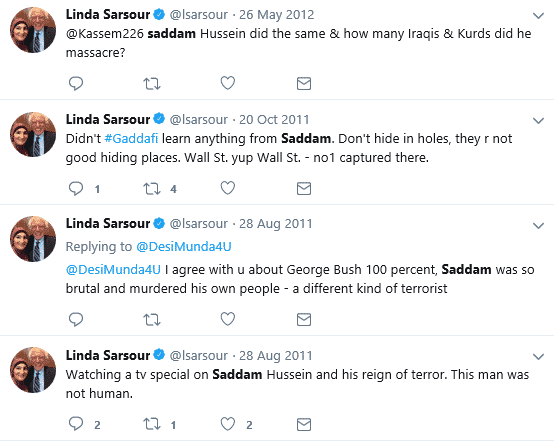 Yet no apology or recanting of her previous vile comments.

This speaks volumes about Sarsour as a person and, unless they condemn and dissociate themselves from her, her fans and supporters (including Bernie Sanders) cannot claim to support human rights.

*the quote has been doing the rounds for years now